The death of Holden 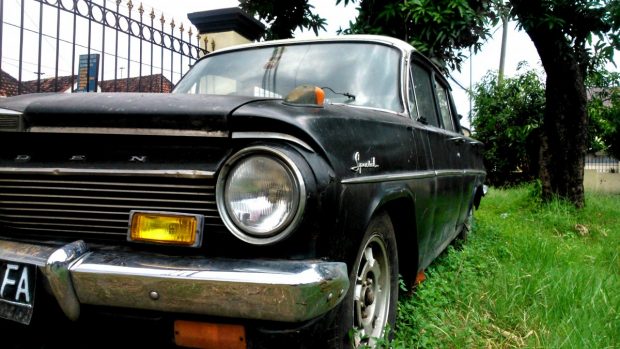 Now, you may well think: why does this matter to me?

Thousands of households across New Zealand heard the announcement of the complete death of the Holden marque this week, as the death of one of the greatest binaries and one of the most closely teased and contested brands of all: Holden versus Ford.

If you go to any one of the dozens of speedways across New Zealand from Kaikohe to Waikaraka Park to Hamilton to New Plymouth and all the way to Invercargill, this is an issue over which drinks are bought and spilled, jeers over branded jackets and shirts, fist-fights break out, tens of thousands of dollars and man-hours are spent on parts and paint jobs and sponsors, girlfriends and boyfriends are evaluated, and plentiful technical arguments are pitched across verandas and garages. My wife is from a Ford family, my brother is Holden, and it is deeply multi-generation tribal.

The story of Holden began wayyy back as a South Australian saddlery maker, and evolved from car upholstery and tramcars to becoming merged as General Motors-Holden in 1931. But there’s a true step-change through World War 2. On November 28 1949 Prime Minister Chifley unveiled the first all-Australian motor car. 18,000 Australians signed up to buy one without even seeing it. It was a great patriotic moment.

The policy engine for all of this came from a New Zealand economist, Sir Douglas Berry Copland, who became the most influential Australian economic figure of his era. This is particularly apparent in the direction of the 1940s Acting Federal Treasurer Percy Spender, who was critical to organizing Australia’s private manufacturing capacity to the war effort putting all human and physical resources to work.

Essentially, Fordist heavy production lines met the necessity of the war effort, and the rise of the Holden-GM relationship to conquer Australia was borne.

By 1958, Holden totally dominated car purchases with 40% of all cars sold. There was the FJ, the FB, the HQ, and then in 1978 the mighty Commodore. Even against the mighty new Japanese car brands like Datsun and Honda and Toyota, Holden continued to dominate.

Ford started to cut in during the early 1980s, with challenges writ large in the great Bathurst and the regional touring car champs that focused the public mind on these two brands above all else.

Manufacturing and owning and driving Australian-built cars was a massive part of Being Australian. You can still see that preference on their roads today.

It wasn’t until 1991 that Toyota finally bested Holden for market share. But Holden still employed over 7,000 people in 2003.

By the 2010s, Holden was being propped up with state and federal subsidies twice the level of any other car manufacturer. Australia really wanted to keep Holden in heavy manufacturing.

They stopped making Holdens in Australia in 2017, and this week we hear of the news that all the dealerships and all the workers and all the design function will be gone.

The old, clearly stratified layers of class and all the subcultures that surround it live on still but in far fainter forms. It is an old, proud, unionized history, fading far slower than it has in New Zealand. They had signaled in 2013 that they were winding manufacturing down.

New Zealand had similar arrangements between car manufacturers and the Todd family, who owned many dealerships and key manufacturing plants in the Hutt Valley. But they’ve been gone for many decades.

Back in the 1940s, the Australian economy was a much narrower economy. Similar to ours. It was as highly regulated and protected as ours. New cars were incredibly hard to obtain both there and here.

And now, there are still indirect ways for Federal and State governments to direct the kind of industry they want, but vehicles are no longer any part of that. Many have wistfully opined that there’s still a place for manufacturing, but it simply hasn’t changed government policy direction at all.

And so, the jackets will be patched up and won’t be renewed, Mt Panorama will roar to more diverse brands. Old union hands will recall the days they could drive off in the things they made.

The great patriotic union of class and state and nation is gone.

43 comments on “The death of Holden ”