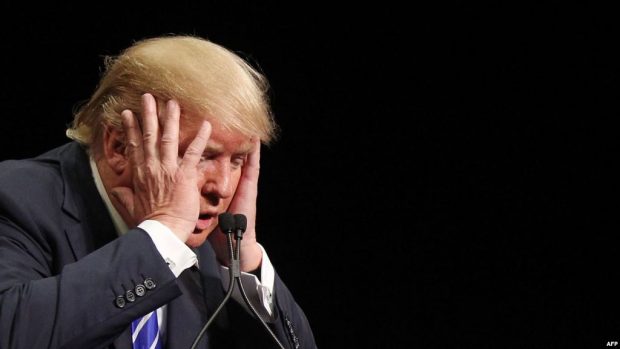 The first ripple felt here of the future President Trump reign wasn’t the dying TPPA, because it was Undead already. No, the first ripple was his telephone call with the President of Taiwan. It’s surprisingly important to New Zealand.

The phone call to Taiwan was pretty important. China reportedly responded by flying a nuclear-capable bomber into the South China Sea.

Who knows, perhaps from the U.S. point of view this Taiwan phone call is a necessary refresher that seeks to disentangle trade diplomacy from territorial diplomacy over common waters. Maybe Trump has made a calculated move to imbalance China’s leadership about Taiwan, because Chinese restraint over Taiwan is the key element of cross-strait stability. Freak them a bit. Maybe. I would be surprised if China views the place of Taiwan in its constellation the same way.

But future President Trump needs to pull his gaze up and form a coherent strategy about the broader Asian Pacific – something President Obama completely failed to do.

Just one example, South Korea is in real leadership trouble. This is a critical ally in Pacific détente between the US and China, and between the U.S. and North Korea. It needs just as much attention as Taiwan.

New Zealand needs no reminder about how important its relationship to China is. Its real estate market in both town and country has been highly supported by Chinese capital. When China mainland dairy consumers sneeze – as they have twice in five years – New Zealand’s entire dairy industry catches a serious cold. Its Auckland population is nearly 20% east Asian, and there are some suburbs with Chinese-dominant residents. Huge proportions of its tertiary education students come from mainland China. There’s a lot of our economy and families’ societal cohesion at stake for us.

Other U.S.-friendly nations in the Pacific – Australia, Vietnam, Indonesia – need the same U.S. policy stability that China does. Absolutely no-one needs the leader of a nuclear superpower making ‘deals’ over the head of another superpower. One needed only to see the machine-gun clad guards and Zodiac boats buzzing around the U.S. and Chinese warships in Auckland harbour (tactically parked a kilometre away from each other) a month ago for the New Zealand naval celebrations to feel that frission live.

Both New Zealand and Australia as small and medium sized nations have a fundamental interest in a careful and rules-based relationship between all superpowers particularly in the south Pacific. Absent U.S. leadership, that objective becomes enormously difficult to achieve and sustain given China’s growing power. After Presidential inauguration, there will be no more lee-way given for stumbling first-time amateurism. And New Zealand needs to prepare for more ripples.

96 comments on “The first Trump ripple ”