The Greens in Te Tai Tokerau

The Greens have announced that Godfrey Rudolph will be standing in the Māori electorate of Te Tai Tokerau at the general election.

We've never had a candidate in Te Tai Tokerau before. I'm delighted that we've now built up to this point. https://t.co/UI3r0tnlqn

Rudolph names two main areas of interest as a candidate, those of water protection and te reo Māori. He describes himself as a humanitarian, educationalist and independent thinker, and previously stood for the Albert-Eden Local Board. Of Pakanae and Ngāpuhi descent, Rudolph is a fluent te reo speaker, with a background in teaching and as a cultural advisor.

Greens co-leader Metiria Turei says that the decision to stand a candidate for the first time in the electorate comes from increasing support from Māori for the Green Party, and relates this to the Greens’ commitment to Te Tiriti as well as constitutional issues around that and the practical issues around te reo, kura kaupapa Māori, health issues etc.

The Greens’ party vote in the electorate over the MMP elections,

2005 was the year that Labour’s Dover Samuels lost the seat to the Māori Party’s Hone Harawira and that directly followed the establishment of the Māori Party the previous year when MP Tariana Turia left Labour over the Foreshore and Seabed legislation.

Māori politics are often poorly understood and reported on within the non-Māori parts of society, and I’m certainly no exception, so arohamai for this being basic. From my Pākehā view it looks like Te Tai Tokerau is going to be a key seat in the 2017 election, given its recent history. Hone Harawira held the seat for three terms, first for the Māori Party and then leaving the Mp over its support for National and winning the seat in a by-election for the newly formed Mana and then the subsequent general election (both in 2011). At the next general election (2014) while standing for Internet Mana he lost the seat to Labour’s Kelvin Davis, but by a small margin (743 votes, or .034% of the total vote). Which, depending on who you listen to, was either because northern Māori objected to Mana’s relationship with the Internet Party and Kim Dotcom, or because Labour, National, and NZF collaborated to oust Harawira in favour of Davis, thus removing Mana, the only strongly left-wing party, from parliament (and in the process reducing the left’s chances of winning the election).

Turei on the upcoming election,

Every party is going to be arguing for the votes that they want, and it’s good for Māori voters to have real choice.

Te Tai Tokerau replaced the old FPP Māori electorate of Northern Māori in 1996 and runs from part way through West Auckland up to Cape Reinga covering significant urban and rural populations. The main centres are Whangarei, Bay of Islands, and north and west Auckland. It contains all of Ngāpuhi, Te Aupōuri, Ngāti Kuri, Te Rarawa and Ngāti Kahu rohe, and part of Ngāti Whātua. 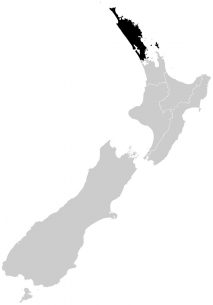 [This post was written before the Mana/Māori Party announcement today]

13 comments on “The Greens in Te Tai Tokerau ”