The Human Cost of Inequality

The Sir Douglas Robb Lectures for 2014 start tomorrow evening in Auckland. These three free lectures are being given by the authors of “The Spirit Level: Why More Equal Societies Almost Always Do Better“, a book much hated by those amongst us who would prefer that societies either didn’t exist or  were more unequal and tilted in their favour. Based on many of the trolls here on this topic, it’d appear that most Act supporters and many National supporters appear fall into this category* 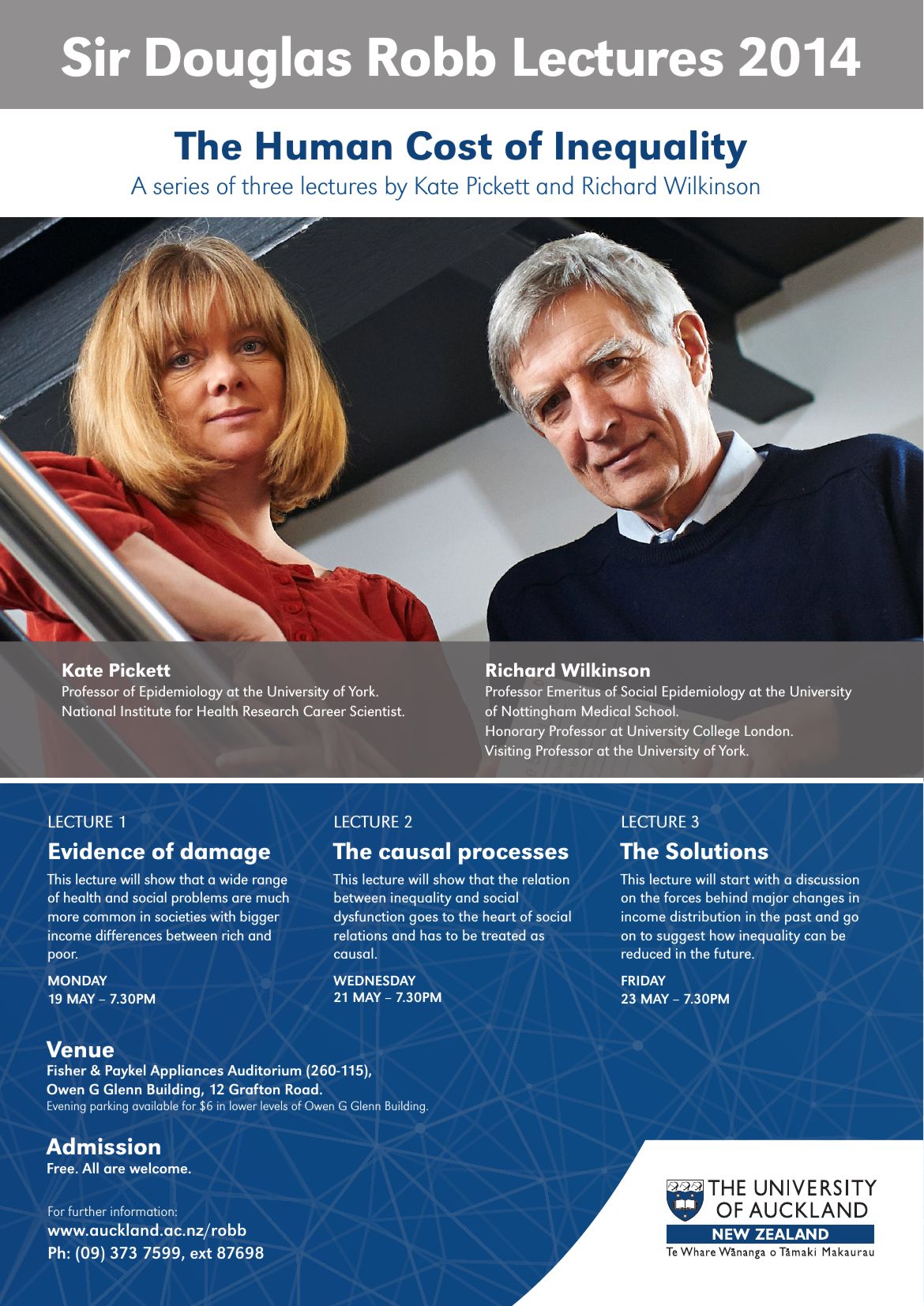 * It is my contention that most of the people who decry this book are also people who haven’t read it. I think that they are also the same people who don’t read all of my posts before they start commenting on them. So lets try a wee experiment in inequality shall we!. People putting in links to “disprove” the claims in The Spirit Level into this post will be called on to show that they have in fact read the book. Those who cannot display their personal knowledge of the contents of the book will receive a free and unencumbered banning until after the election. This will be known as the “fine print”. Please refer to it as such.

131 comments on “The Human Cost of Inequality”