The long and the short of this linked article (The Independent) is that people have been actively leaving containers of water in the southern Arizona desert that they hope might alleviate the suffering of anyone caught out there in temperatures approaching 50 degrees Celsius.  For their pains, some are being arrested on misdemeanors while others face felony charges (ie – allegedly perpetrating a crime punishable by a jail sentence in excess of one year) – for extending a measure of humanity to their fellow human beings. (Further information)

Just to be clear. Leaving water in the desert isn’t merely about alleviating some annoying thirst. As “The Independent” article explains human remains have consistently been found in the area over the past few years. 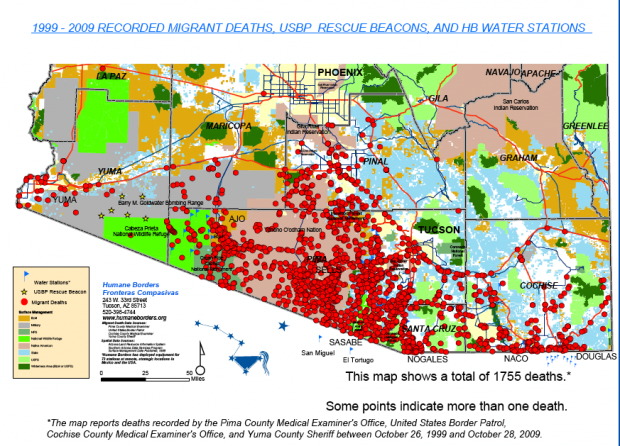 And below is video footage of what members of the Border Control do when they stumble across a cache of water. Big men. Tough guys. Murderers?

Click here for a more in-depth article than that already linked above.

8 comments on “The Humanity. ”