The Jackal: Time for a Tax Revamp

Time for a Tax Revamp 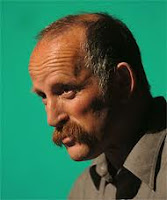 Gareth Morgan and Susan Guthrie answered the critics of their ideas to transform NZ’s tax and welfare system in a great read on the New Zealand Herald’s website today. Don’t get me wrong, I’m no fan but I believe in giving credit where credit is due.They answer the three main criticism to their proposals, and the main one to stand out for me was their answer for CRITICISM 2: Many people will choose not to work at all if they get the UBI.

Because of benefit abatement rates, the current system makes it perfectly rational for people who rely on benefits not to supplement them with paid work. You wouldn’t attempt paid work if it left you worse off – why should you? With respect to unpaid work, New Zealand has one of the highest rates of unpaid work in the world – hardly indicative of a nation of shirkers.

It is also important that there are paid jobs for people to do. We address this issue with the tax proposal. By leaving large gaps in the tax base, current policies have encouraged huge amounts of money to be invested in housing – but what paid work does this create? – the initial build, then cleaning, gardening, someone to fix the odd faulty tap. This excessive focus on housing has been at the expense of investment in real wealth creation.

Gareth and Susan nailed it with good old fashioned straight forward thinking. So to highlight what they’re talking about a bit more, here’s some info re National’s “incentives” so far:

Doesn’t seem like much incentive to stay on the dole. But is there an incentive for Scott to start working? According to this Ministry of Social Development web page, the abatement rate is 70 cents in every dollar earned over $80 a week, for people on Unemployment Benefit. They also pay tax on that and the Accommodation Supplement is automatically deducted.

64 comments on “The Jackal: Time for a Tax Revamp ”