The local in the bigger picture: new Green conservation policy

Yesterday the Green Party launched a new conservation policy.  It got overshadowed by the innovative, big impact monetary policy by the Labour Party.  However, the Green Party policy provides a means to act locally in countering the current track towards global social, environmental and economic destruction. 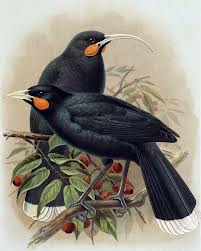 The destruction scenario is indicated within Ben Clark’s post today on the seeds of destruction within capitalism: in the form of inequality as shown by Piketty’s research.  Clark links to this article on a Nasa study that warns of global societal collapse within decades.

Motesharri explored the factors which could lead to the collapse of civilisation, from population growth to climate change, and found that when these converge they can cause society to break down because of the “stretching of resources” and “the economic stratification of society into ‘Elites’ and ‘Masses'”.

However, the Nasa research points to an alternative scenario where widespread collapse is avoided:

“Collapse can be avoided and population can reach equilibrium if the per capita rate of depletion of nature is reduced to a sustainable level, and if resources are distributed in a reasonably equitable fashion,” the scientists said.

The new Green Party conservation policy provides a building block on which to work towards a sustainable direction.  It is a policy that opens up possibilities for us all to contribute to a sustainable New Zealand through our actions at a local level.

Along with their policy launch yesterday, the Green Party linked to a discussion document that provides background information supporting their new policy: ‘Reform options to enhance indigenous biodiversity, natural character and outstanding landscape and natural feature protection under the Resource Management Act 1991‘.  This paper outlines the where the local provisions sit within the bigger picture of a sustainable New Zealand that works for all Kiwis.  The paper cites New Zealand’s Biodiversity Strategy 2000, “New Zealand’s Contribution to Biodiversity” outlines the importance of New Zealand’s unique biodiversity, with many species that do not exist anywhere else.

The ecosystems in which these species live are also highly distinctive. The kauri forests of the northern North Island, the braided river systems of the eastern South Island, and our geothermal ecosystems are some examples.

The uniqueness of much of New Zealand’s indigenous biodiversity means that responsibility for its continued existence is entirely ours; it cannot be conserved in nature elsewhere in the world.”

This strategy of the year 2000, outlines the importance of biodiversity to New Zealand’s economy:

Biodiversity is New Zealand’s biological wealth. We base much of our economy on the use of biological resources, and benefit from the services provided by healthy ecosystems. These “ecosystem services” include producing raw materials (principally food from the sea and fibre from the land), purifying water, decomposing wastes, cycling nutrients, creating and maintaining soils, providing pollination and pest control, and regulating local and global climates. Yet we tend to take these services for granted because they are provided free of charge by nature.

The Green Party discussion paper outlines ways of reforming the RMA to better protect New Zealand’s biodiversity.  This is what the new Green Party Conservation in our Backyards policy steps in.

The policy aims to amend and strengthen the RMA, to provide funding to local community groups, and to support local councils.  At the launch yesterday, Eugenie Sage stated:

“The RMA is not adequately protecting our native plants and wildlife and the places they live. A lack of clear national rules and direction means that councils are not taking a consistent approach.”

Many threatened plants and animals live outside our conservation estate and the protections the estate provides. In fact, 28 percent of kiwi habitat and 70 percent of threatened lizard species are found on private land. The key populations of some threatened plant species such as Bartlett’s rata

“We will support local councils to help them protect our native biodiversity with a new national policy statement and national environmental standards for biodiversity.”

This is very much a policy that aims for collaborative local action as a contribution to a sustainable New Zealand and planet: one that works equally for all of us.

Efforts by New Zealand to Protect Its Rich Biodiversity, 2012 on fleur australe.

12 comments on “The local in the bigger picture: new Green conservation policy ”