The looming battle over property 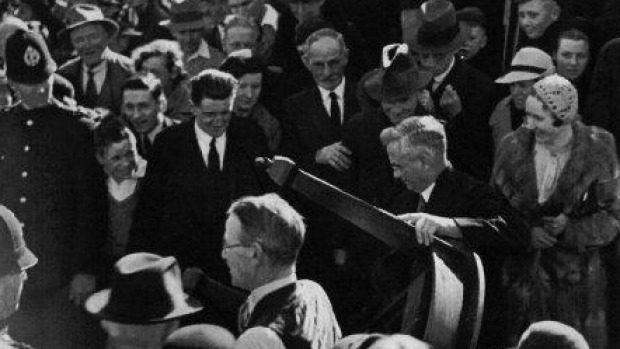 I can’t predict the future so I can’t tell if Andrew Little will win this September 2017 election. But on the moral ground of confronting rent-seeking property ownership, he should. Rent seeking means using market position to make money without adding value. If you control enough of something, you can profit without offering anything beyond power itself as a justification.

Building new homes on a scale adequate to demand is politically and socially unthinkable; decreasing property owners’ wealth by decreasing perpetual price rises is similarly unthinkable. Decreasing property owners’ yield by eradicating the ability to write off property income losses against other income is an indirect attack on every bank. We are a small south seas set of suburbs faced with lancing a bubble which is in fact a boil, a boil so deep lancing would go straight to the bone.

That’s the nature of property right now and right here.

The battle by Labour and all social democrat forces was commented on by Rousseau in 1754, who boldly declared that private property was the original source of inequality in the world.

A century later Proudhon proclaimed “Property is theft!”. Although I’m sure he still  expected to find his own trousers on the floor in the morning.

A couple of years ago Thomas Piketty also claimed that the current structure of property rights is a major cause of inequality. He proposed a system of land reform that would force the ultra-wealthy to return a part of what they own each year.

Property is the eternal battle for everyone in the social democratic tradition from even the Whigs onwards. If Little wanted the battle royal, he’s named it, and it’s going to come for him one bank and one real estate company at a time.

And it’s the right fight. With most New Zealanders having given up the hope of ever owning their own home, and a cold winter coming, the rental society perfectly mimics the contracted precariat of employment: whether you’re a renter, an owner, or a property czar,  an unstable society with an unstable job and a life without a home is an ungovernable society.

Andrew Little has found the right battle, at the right time, and I hope he wins it.

122 comments on “The looming battle over property ”