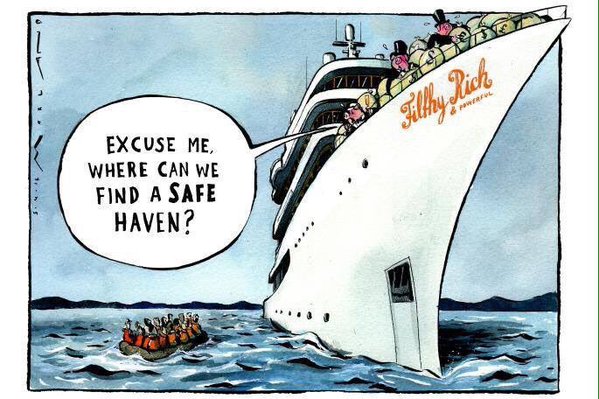 What a difference a bit of sunlight makes.  New Zealand’s booming foreign trust industry has disappeared quicker than you can say “Panama Papers”.

Opposition parties are claiming a major win over the government after a sharp fall in the number of foreign trusts.

At the end of last year there were about 11,750 foreign trusts in New Zealand. Following the introduction of tough new rules there are now less than 3000.

Foreign trusts came under the spotlight after millions of documents from a Panamanian law firm were leaked in 2016 showing some of the world’s richest people were using them to hide their wealth, including in New Zealand.

The government flatly rejected claims New Zealand was being used as a tax haven, but an inquiry led to the new rules being introduced in July

Now foreign trusts have to file annual returns and identify who owns the trust, what assets are in it and who the beneficiaries are.

Labour’s revenue spokesperson Michael Wood said the government did everything it could to resist having an inquiry or change the rules but was eventually forced to.

“Three-quarters of these foreign trusts completely disappeared when a very minimal amount of transparency has been required,” he said.

“Suddenly like bats exposed to the sunlight they’ve fled into a cave somewhere.

The issue has been followed by this site in considerable detail.  Without the leaking of data from a Panamanian Law Firm New Zealanders would never have known that their country was being used as a tax haven.

And the history shows the ability of the Government to claim black is white and then do complete back flips while claiming their feet have never left the ground.

Immediately after the story broke former leader John Key (remember him?) said this:

New Zealand had a robust, legitimate tax regime which required foreigners to register their trusts, he said.

If you’re looking for secrecy New Zealand is the wrong place to come.”

As well as this:

This statement, although technically correct was duplicitous in the extreme because  the Mossack Fonseca New Zealand agent specifically advised his clients to avoid countries with information-sharing agreements with New Zealand, presumably to side-step the disclosure system.

Then John Sherwan was commissioned to write a report and recommended sweeping changes which the Government accepted.  The focus groups must have been speaking very loudly.

Cue mass exodus of trusts afraid to actually be obligated to release information like who owns the trust, what assets are in it and who the beneficiaries are.

This whole incident shows what a line of BS we were being fed by the Government about the Panama Papers.  There was no full disclosure regime.  Requiring minimum disclosure and suddenly, as Michael Wood said, like bats exposed to the sunlight they’ve fled into a cave somewhere.

The Government has cauterised another issue that would have sapped support from it.  But eventually sufficient people will realise that National’s primary goal is to look after the 1%.  Then it will be gone.