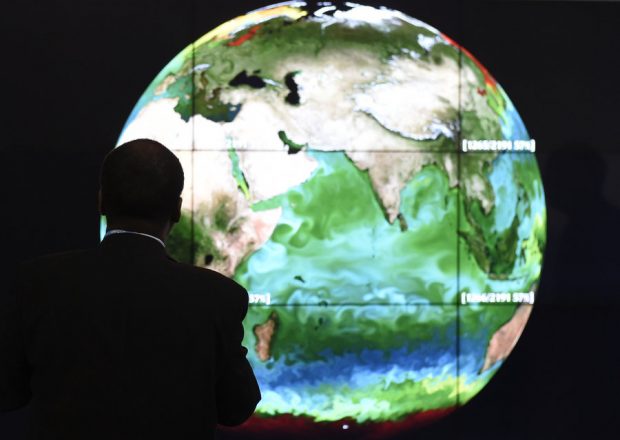 With much arohanui and respect for the current Government can I suggest it has a good hard think about its approach to future mining for oil gas or coal, particularly coal.

Jacinda Ardern is right that climate change is her generation’s nuclear free movement.  We are already seeing how disastrous the effects are. Collapsing ice sheets, unseasonably warm seas, dying coral reefs, forest fires, droughts, out of control storms, the list goes on and the consequences are clear.

The consequences are as were predicted by pretty well all the scientists with expertise in the area with modest variations being the only differences of opinions that count.

And the message is clear.  We need to leave much of the discovered petroleum gas and coal in the ground if we wish to avoid torching the planet.  And coal is the most CO2 producing fuel there is.  It should be top of the list of things that should no longer be extracted.

Which is why the Government should adopt a policy of no new drilling permits.  No ifs and no buts.  And why the consultation around the proposed Zero Carbon Bill is so important.  To make sure that this message is reflected in the proposed law.

Greenpeace has expressed its concern.  From climate campaigner Kate Simcock:

It’s good to see that the new Labour Government is putting climate change action into legislation.

However, the most immediate climate action this Government needs to take is to stop the expansion of the fossil fuel industry by stopping issuing new permits. Any new permits for oil, gas or coal exploration or mining undermines the job of the new Commission.

It makes no sense to outline legislation and a Commission to transform New Zealand into net carbon zero by 2050, and then issue new oil and gas exploration permits which could be spewing forth carbon pollution for decades to come.

The science is clear. We can’t afford to burn most of the fossil fuels we have already discovered. It is incompatible with tackling climate change to look for more.

We agree that a just transition for oil, gas and coal workers is required, but that means winding down those industries rather than expanding them. It is extremely concerning that the Government’s rhetoric about ‘just transitions’ appears to justify opening new mines and issuing new permits for drilling and fracking.”

The Greens are in a tricky place.  From Radio New Zealand:

Climate Change Minister James Shaw will advise against new mining permits though the government’s position is to consider them on a case by case basis.

The Labour-led government is not ruling out new permits for coal mining, offshore oil drilling and fracking during a transition away from fossil fuels.

Prime Minister said there would be no mining on conservation land, but the government would consider other new permits “case by case”. She said coal mining was not the country’s future but there had to be a transition.

Mr Shaw said as Green Party leader he had always said the country should not be opening up any new fossil fuels.

“As Minister for Climate Change I have to say that in the future, if you’re going to get to a zero carbon economy, there will be a point at which it’s simply incongruous to be issuing those [new mining permits].

“I would advise against it, as Climate Change Minister.”

And Russell Norman has clearly stated why the Government’s position needs to be braver.  Again from Radio New Zealand:

Greenpeace executive director Russel Norman says no new mining permits should be issued if the government is serious about climate change.

“If we’re going to avoid catastrophic climate change we can’t afford to burn the existing known fossil fuel reserves – we can’t even afford to burn half of them – at a global level,” he told Morning Report.

“We need a rapid transition away from fossil fuel.”

“A transition means reducing the use of fossil fuels, it doesn’t mean looking for new fossil fuels as the Prime Minister seems to be leaving the door open to.

“If we’re serious about climate change we simply can’t be taking a case-by-case approach to oil gas and coal.

“We need to have a black and white position which is no new permits.”

The Petroleum Exploration and Production Association of New Zealand supports the current position.  If you needed further cause for concern this is probably it.

The only transition necessary should be a decision on whether or not to allow current coal mines, or oil and gas wells to remain open.  In particular the sooner the use of coal as a fuel is consigned to history the better.

There will be a consultation process surrounding the introduction of the new law.  This will be the perfect opportunity for all good progressives to urge the Government to be really brave about the issue that is the nuclear free issue of this generation.

119 comments on “The new government’s approach to climate change ”