The other wage gap

In his speech yesterday, David Shearer talked about how wages have lagged productivity gains since the neoliberal revolution. Here’s what he was talking about: 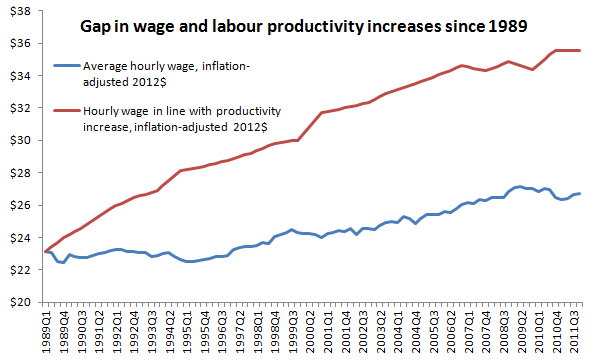 It’s kind of misleading to start at 1989 – it suggests that wages were at the ‘right’ level compared to productivity then, when, in fact, they had been falling since the late 70s – but it’s when the modern data series started.

Another way of looking at it, using longer-run data, is the share of the economy’s output that goes to the people doing the work. You can see that GDP started to grow faster than workers’ share of it around 1980. 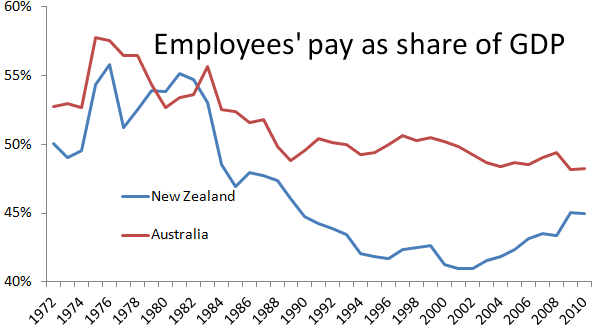 The bosses’ constant refrain is that they need to fire people and cut working conditions to increase productivity.Then, wages can rise. Truth is, it’s all been a generation-long con.