The Peace Settlement Must Start 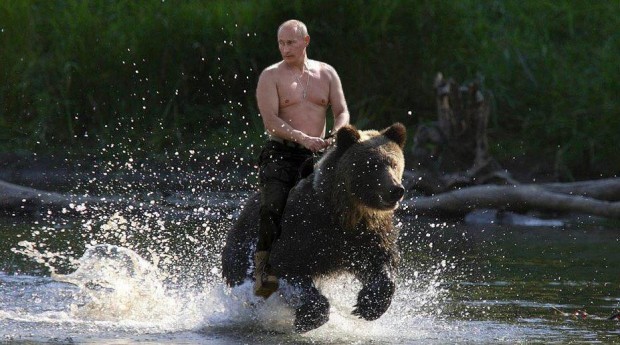 Pressure for a Ukraine war settlement starting with a ceasefire will continue to mount.

If this does drag out, there’s more chance of the conflict widening. Belarus could attack. NATO-allied supply convoys could be attacked. I’m trying not to go further.

As with all major wars since Vietnam, the media frenzy puts the highest cost on the most open societies; it is little threat to tyrants. This does mean that the pressure is going to tell on Europe and the United States to persuade Putin to bring this war to a close soon.

The first element is a ceasefire so negotiations can actually start. Putin may drag out in Ukraine the kind of war he pursued in Syria. Maybe. We have no idea what might bring Putin to the table if his oil contracts are secured to China and southern Asia, his people remain sufficiently on his side, and he has no major military reversals or gains. Sanctions are good at ensuring the costs to the aggressor go up, and they signal international unity, but don’t stop wars.

Then there will be the issue of President Zelinsky. Zelinsky is at higher risk of losing his job than Putin, and one of them is going to go.

They need to get to a negotiating table as fast as they can. There’s some issues to face in a settlement.

Next item will be NATO’s eastward expansion. Before the war NATO membership was a non-negotiable for the Ukrainian President. Had to happen. Zelinsky’s now putting neutrality back on the table. It is also hard to see Russia accepting anything other than a promise that no other former Soviet states will join. Equally hard to see the United States dropping anyone’s free right associate. There’s a dead rat to swallow for someone.

Then they will have to revisit the 1994 Budapest Memorandum in which Russia, the United States and the UK provided security assurances in exchange for Ukraine abandoning its nuclear arsenal. Ukraine is going to want to be stronger after this and will need more arms and training. It will seek NATO assistance to modernise its armaments, so that it can again provide for its self defence. It’s going to rule out Russia providing this. It may end up looking like a really large, well-armed version of Switzerland. Right on the border between the EU and Russia. Another rat to prepare the sauce for.

To make sure of Ukraine’s neutrality, the 1992 Open Skies treaty that President Trump revoked also needs to get back in action. First proposed by President Dwight Eisenhower in 1955 and negotiated under the G. W. Bush administration, it enables unarmed observation aircraft to fly over one another’s territory. This helped build a measure of transparency and trust regarding each countries’ military forces and activities, good for reducing the risk of conflict.

Then we come to the territory gained by Russia from Ukraine. Obviously the Minsk Agreement is dead. This is where the United Nations could have a very useful role. Crimea and the Donbas statelets will need a vote process internationally certified as free and fair. Crimea is likely lost to Russia with that vote. But Donbas is different. Since the separatist leaders have claimed that the entirety of the Donestsk and Luhansk provinces both wanted to leave, then the entirety of the Donetsk and Luhansk provinces should have a referendum that is conducted throughout the two provinces. That would almost certainly result in a defeat for the separatists and the liquidation of their strongholds. A whole deep line of UN peacekeepers on the border for several years.

To the bill. There’s a war reparations bill to settle, to rebuild Ukraine from this smashed mess. Putin will need to divvy up a share of a few of the state companies he controls to deal with that, with Europe and the UNDP, World Bank, and other international financial institutions picking up the rest. It will be the largest national recovery effort since Vietnam. Gulp that one down.

That’s a lot of unpalatable elements to swallow in there, but they are the essentials.

Who will assist with re-settling the 5+ million refugees?

In the years to come  the question of European Union membership will emerge, but despite the speeches and ovations, Ukraine is in a queue for that. They will need to restabilise their entire legislative structure before they can entertain all the legislation from Brussels that membership, then member voting approvals, will require.

But first, weapons down.

172 comments on “The Peace Settlement Must Start ”