The politics of hysteria

From Reading the Maps. Republished from the original with permission. 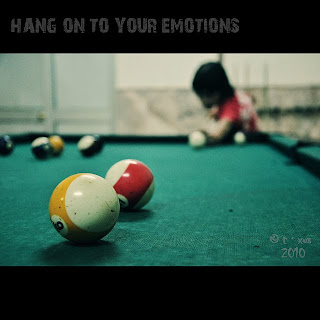 In the twenty-first century we are continually being urged to register and express our emotions. The days of the stiff upper lip and suffering in silence have well and truly gone, as unctuous TV talk show hosts and ‘self-help’ books scream at us to ‘grow emotionally’ by blubbering our deepest secrets and confessing our most recalcitrant feelings to our partners, to our friends, and to perfect strangers.

It might be argued that, for all their intellectual vapidity and relentless avarice, Oprah Winfrey and Marla Cilley are healthier guides to human behaviour than, say, Colonel Blimp or Billy Graham. But even if today’s fashion for silly self-expression beats the ethos of self-denial and emotional repression which was once promoted and enforced in Western societies, it can nevertheless be argued that our new obsession with our emotions, and our corresponding lack of interest in less subjective ways of experiencing the world, has had a serious impact on the quality of our political discourse.

Today, anyone who is interested in the peculiar, almost arcane practices of historical, sociological, and political analysis – interested in the gathering of data on societies and their different aspects, the discovery of faultlines and connections between classes and other interest groups, the understanding of the relations between the industrial and commercial ‘base’ of a society and the ideas and cultural practices which constitute its ‘superstructure’, and so on – has to swim into a strong and cold current. Today the media and mainstream political parties routinely take sociological concepts and categories which were moulded and refined by generations of scholarship and debate and redefine them in wholly subjective, frequently hysterical terms.

The tendency has become most extreme in the United States, where concepts as weighty as ‘fascism’, ‘socialism’ and ‘ruling class’ have been appropriated and impoverished in the harangues of politicians like Sarah Palin and broadcasters like Bill O’Reilly. The right of the Republican Party has had no hesitation in branding Barack Obama both a fascist and a socialist, and in describing the Democratic Party’s liberal fringe as the ‘ruling class’ of America. 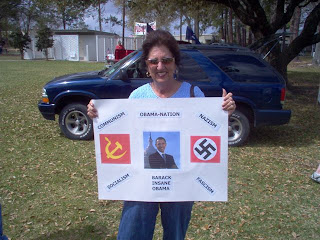 Terms like ‘socialism’ and ‘fascism’ have become mere conduits for the expression of anger, the equivalent of the rows of bloated exclamation marks used in kids’ comic books or the tiny grumpy face emoticons which can be left beside an online sentence. For Palin’s followers in the Tea Party, Obama is a fascist and a socialist because he is a really bad leader, and because fascism and socialism are both, you know, really bad things.

In America and elsewhere, the left is often no less subjective than the right. The moronic attempts of Palin and other right-wingers to cast Obama as a latter-day Stalin or Hitler, or as a combination of the two, had a precedent in the ‘BUSHITLER’ signs and slogans deployed by some of the less rational members of the movement against the invasion of Iraq and other parts of Bush’s War of Terror.

A reader of this blog who was born in New Zealand but lives in the United States recently made some interesting comments about the incoherently subjective way that our own nascent ‘Tea Party’ movement uses political and sociological concepts. ‘M’ noted that:

I’ve found there to be an increase in what I can only call ‘right wing’ politics by the likes of Coastal Coalition and the New Zealand Centre for Political Research. I seem to hear a lot about the Maori ‘aristocracy’ lately. Perhaps this is a common term back home now, but it’s rather new to me…

The thing is, I find the term to be at odds with what little I know about aristocracy in general…I just don’t see the whole property and wealth accumulation thing being concentrated into the hands of a priviledged class of nobles who have the backing of some ruling monarch. From what I can tell, tribal society seems to be more of a collectivist redistribution model…

In short, I just don’t think that the ‘aristocracy’ label fits…

The Coastal Coalition and the innocent-sounding New Zealand Centre for Political Research represent that faction of New Zealand’s right which has never accepted either the Treaty of Waitangi and associated notions of biculturalism or liberal social reforms like the legalisation of abortion and the Human Rights Act. Muriel Newman, the boss of the kooky NZCPR, specialises in the same nostalgia for the emotional repression and official monoculturalism of the 1950s that Sarah Palin sells in the United States. Like Palin, though, Newman and her local supporters express their desire for a return to this idealised and austere past in rhetoric which belongs to the Age of Oprah. Concepts and categories are handled in an emotional rather than analytic way, and emotive soundbites are preferred to anything resembling linear argument.

M refers to the way that Newman and John Ansell, the Wellington advertising man who fronts the Coastal Coalition’s campaign against Maori rights to the seabed and foreshore, like to present themselves as the enemies of a ‘Maori aristocracy’ represented by the business arms of iwi like Kai Tahu and Ngati Porou. In a blog post he made back in August, Ansell warned that New Zealand would become a ‘tribal aristocracy like Tonga’ if iwi businesses were able to run commercial operations on the country’s coasts.

The notion of a ‘tribal aristocracy’ has no more intellectual content than the Tea Party’s definition of Obama as a ‘fascist socialist’. A ‘tribal aristocracy’ is a contradiction in terms: an aristocracy is formed in a feudal society, and to create a feudal society it is necessary to break the bonds of the tribe. In a tribal society, people are linked to one another by genealogy, and a subsistence economy characterised by some level of communal land ownership and shared labour is normal. Feudalism is based around the exploitation of a class of serfs by a landowning class which has become culturally and genealogically distant from them.

In his classic book The Evolution of the Polynesian Chiefdoms Patrick Vinton Kirch shows that pre-contact Polynesian societies could be organised in very different ways. Some, like Tonga and Hawaii, were very hierarchical, and could be considered post-tribal and at least proto-feudal, whilst a few, like Pukapuka and Rekohu, were extremely egalitarian, and had economies based on small-scale subsistence farming or on hunter gathering. Most Polynesian societies fell somewhere between these extremes.

Some Maori iwi were very egalitarian, especially those in the south of the South Island, whilst others, particularly those in the far north, were larger and more hierarchical. Kirch calculates, though, that the largest political unit in pre-contact Maori society only had 3-5,000 members. Maori had nothing to compare with the quasi-feudal systems which had evolved in Tonga and Hawaii. There was rank in Maori society, and there was also, on a relatively small scale, slavery, but there was no class of nobles exploiting serfs.

The King Movement created in the 1850s might seem like a good place to find avaricious aristocrats, but it was essentially an attempt to modernise Maori society from within, in response to the threat posed by land-hungry Pakeha. The economy which operated in the lands controlled by the King Movement combined production for export with communal land ownership and labour, and can thus be considered a sort of fusion of capitalism and a pre-contact subsistence mode of production. Kings Potatau and Tawhiao may have been the leaders of a de facto Maori state, but their political pre-eminence did not translate into economic domination of their subjects.

The business ventures which have been created by iwi in recent decades, often on the basis of cash and land given to them as part of Treaty settlements, cannot be understood with references to feudalism. They are, for better or worse, fledgling capitalist enterprises, relatively small players in a New Zealand economy dominated by foreign-based companies. Why can’t John Ansell recognise this rather obvious fact, rather than resort to such ungainly formulations as ‘tribal aristocracy’? The answer, of course, is that Ansell is in the habit of using concepts according to the emotional charge he receives from them, rather than according to their relation to reality. He is an admirer of capitalism, and he is disinclined to want to extend a concept with a positive emotional charge to organisations he clearly despises. Ansell would rather deploy the terms ‘tribal’ and ‘aristocracy’, which create negative emotional charges. 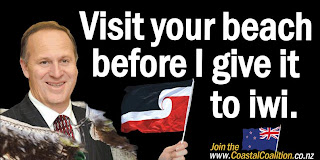 A recent discussion at the increasingly demented indymedia website showed Ansell’s dismal approach to political discussion has parallels on the left of twenty-first century New Zealand politics. After wandering into the rambling, often bizarre comments thread under an indymedia post about the Pike River tragedy, I got involved in a series of arguments about the nature of capitalism with several members of New Zealand’s activist community.

Sarah Watson, whose opinions have already been the subject of one post to this blog, had decided, in the wake of the death of twenty-nine miners at Pike River, that ‘capitalism IS mining’. This seemed to me, and still seems to me, a rather strange formulation. I find it hard to believe that the ancient Britons who built Stonehenge, the Tongans who mined the massive stones that became the langi of their old capital Mu’a, and the Maori who mined the coal reefs at Taupiri well before the arrival of Europeans were all capitalists. But none of these objections can matter for Sarah Watson, because her definition of capitalism is based not on history and sociology, but on her feelings. She was, like most New Zealanders, upset and angry about the Pike River disaster, and for her ‘capitalism’ is a sort of swear word she uses when she is upset and angry.

The tendency to equate anything bad with ‘capitalism’ and anything good with ‘anti-capitalism’ is one of the banes of the twenty-first century left, in New Zealand and elsewhere. Visitors to indymedia can sometimes observe Matt McCarten being characterised as an anti-capitalist, just because he does good things like occupying unused houses and speaking up for low-income workers. In reality, McCarten is, according to his own testimony, an old-fashioned left-wing social democrat, who favours regulating and managing capitalism to make it fairer. It ought to be possible to praise McCarten’s good deeds without misrepresenting his politics.

More conservative trade union leaders like Andrew Little are condemned at indymedia as ‘capitalists’ when they refuse to call for strikes, or decline to launch the sort of hard-hitting protest campaigns McCarten’s union has become associated with. I don’t know Little personally, but I’m fairly certain he doesn’t have a large share portfolio or own a factory or two. He’s a highly-paid bureaucrat with rather centrist political views, not a member of the Business Roundtable.

It seems to me that, whether they know it or not, some of the self-styled radicals at indymedia and similar sites share their intellectual method with Sarah Palin and Oprah Winfrey.

39 comments on “The politics of hysteria ”