‘The Pursuit of Loneliness’: death of a dream

I came of age in the hippy era when Timothy Leary was telling all us young folks to “tune in and drop out” – that is to drop out of the pursuit of material gains and careerist ambitions.  And then from the women’s movement came to slogan that “the personal is political”.

At that time there seemed to be so much wrong with the American meritocratic and individualistic dream of the pursuit of happiness.  New Zealand youth, while strongly influenced by both US and UK popular culture, wasn’t so far down that route.  The welfare state was something to treasure, but all was not well in 60s New Zealand. And from the late 60s to the 70s, as in the US and Europe, many in NZ were on the streets protesting. 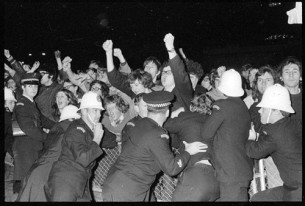 For those perpetuating the dominant rugby-based culture, the pursuit of happiness was a quarter acre section in a white, heterosexual, male-dominated, suburban wasteland. Not quite as individualistic as the US,  New Zealand’s dominant culture was focused on one’s own quarter acre and the acquisition of material things.  This somewhat removed middle New Zealand from a community focused, democratic society: one that could work for the good of all, and especially work to end the inequalities that damaged the lives of the least wealthy, the least powerful, and those with least cultural capital.

I am reminded of this, when I read the obits today, for someone I actually hadn’t heard about before: yet, the story of his life echoes many of the themes of US 60s-70s counter-culture as filtered through Aotearoa of that time.  The Headline in The Washington Post:

Philip E. Slater, a prominent sociologist and lodestar of the countercultural movement who abandoned academia to escape the hollow existence he decried in his best-selling volume “The Pursuit of Loneliness,” died June 20 at his home in Santa Cruz, Calif. He was 86. 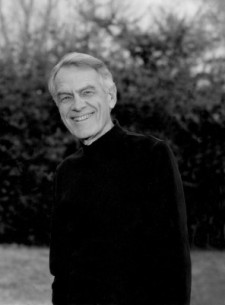 Harvard educated Slater had renounced his successful academic life, as chairman of the sociology department of Brandeis University in his early 40s. Prior to this, in his successful book, The Pursuit of Loneliness: American Culture at the Breaking Point (1970),

Dr. Slater examined the cherished American value of individualism. He argued that it was not an absolute virtue, but rather the cause of the emptiness afflicting so many in his generation. He essentially argued that, as Americans strove harder for achievements, they pulled farther away from community and the fulfillment it offered.

After giving up his academic career, he got rid of as many material possessions as possible, and focused on writing, acting and participating in his local community.  He wrote other books and plays, and endured some hardships, but overall, felt his alternative life was worth it.

Paul Vitello’s New York Times obituary, provides more details of Slater’s life and work.  It puts Slater’s book, The Pursuit of Loneliness, in the context of other works that I knew in the 70s (The Greening of America was a major influence on NZ’s Values Party, seen by many as the forerunner to today’s NZ Green Party):

Though it was just one of a tidal wave of sociological blockbusters published in 1970, including Charles A. Reich’s “The Greening of America” and Alvin Toffler’s “Future Shock,” “The Pursuit of Loneliness” earned Mr. Slater rave notices. In The New York Times Book Review, the Yale psychologist Kenneth Keniston called it “a brilliant, sweeping and relevant critique of modern America.”

Like many of his later works, the book explored the tension between the Lone Ranger individualist who occupies center stage in American myth and the communal interdependence that defines democracy in reality. He was an optimist, predicting in “The Temporary Society,” written with Warren Bennis in 1968, that democracy would triumph worldwide within 50 years. But he worried that democracy in his own country was declining, and that a combination of self-absorption and distrust of their government made Americans vulnerable to the appeal of authoritarianism.

Slater’s central focus on democracy and community over individualism, careerism and the pursuit of material wealth has much to commend it. And, as reported by Monterey County The Herald, he certainly seems to have embedded himself well into the local community at Santa Cruz.  According to his daughter, Dashka,

“… He was very absorbed by the natural environment, and it was a creative community that was small enough for him to jump into anything.”

[…] much of his early writing focused on the confining emotional boxes created by traditional gender roles and he was as interested in the emotional liberation of men as he was the political liberation of women. In 2008, Slater was able to publish “The Chrysalis Effect,” what he considered his magnum opus, outlining his various ideas.

And yet, for all that I agree with his ideas on community, democracy and gender, his ideas and practice lack an essential political core.  They incorporate the failings of a middle-class US 1970s counter-culture divorced from political activism: an activism that many were committed to in NZ and elsewhere in the 60s and 70s. Far easier to give up materialism and career, if you still have middle-class cultural capital. And ultimately, Slater’s cooperative, democratic ideals were largely marginalised by the “neoliberal” revolution that swept the world in the late 20th century.

A lifestyle-based philosophy of acting personally, locally and communally, fails to challenge the massive, powerful reach of wealthy, corporate and political elites. An effective left-wing politics needs to connect the local with the global. Grass-roots, cooperative activities need to be organised so as to significantly challenge the long reach of anti-democratic, plutocratic, “neoliberal” networks of power.

Thus dies another part of the US hippy dream: admirable social values, but politically lacking.  We can learn from the local anti-materialistic, community-based co-operative practice.  But the left needs to be far more focused on political and economic strategies, to challenge the treacherous reach of plutocratic and internationally networked power.

33 comments on “‘The Pursuit of Loneliness’: death of a dream ”