The Rainbow Warrior was sunk 32 years ago today Thirty two years ago today New Zealand suffered the most egregious attack on its sovereignty that it has ever suffered. A group of foreign agents snuck into the country and attached two bombs to a ship berthed at Auckland.

The first was meant to be a warning to those on board to leave. The second blew a huge hole in the side of the ship causing it to sink.

Regrettably one person on board, Fernando Pereria, rushed to his cabin to retrieve his valuable camera equipment. He drowned after the second blast occurred. 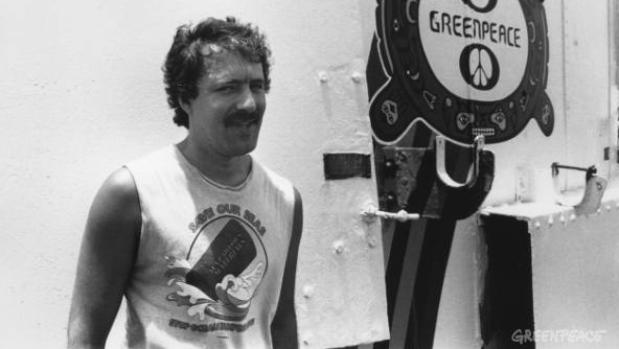 The organisation responsible was not Isis or Iraq or even the Soviet Union. It was the state of France, upset at the temerity of Greenpeace for insisting that France should not test Nuclear weapons in the South Pacific and for taking peaceful action against it in pursuit of this goal.

In a fit of born to rule pique France thought that it was justified in committing a terrorist attack on New Zealand. It determined that it was warranted in blowing up a boat belonging to a pacifist organisation in Auckland harbour against many, many norms of International law.

It’s arrogance was matched only by its ineptness. Observant kiwis provided small but important pieces of information to the police which resulted in the arrest of French agents Alain Marfart and Dominique Prieur on New Zealand soil.  Four other agents were identified but managed to escape capture.

Prieur and Marfart were subsequently tried for murder and managed  to escape with a conviction for manslaughter instead and they were sentenced to ten years jail.

The Secretary General of the United Nations determined that France should apologise, pay $7 million in compensation and that the agents should serve their time on Hao Atoll. Part way through their term on Hao Prieur and Marfart were secreted back to France.

An arbitration between the countries then occurred.  It was ruled that France had acted in breach of the Secretary General’s ruling.

Throughout this event France acted reprehensibly, committing an act of war on New Zealand then refusing to abide by a binding obligation. And Greenpeace lost a dedicated passionate activist and a valuable iconic ship.

One of the agents who escaped, Christine Cabon, escaped without penalty.  She was located recently by Stuff reporters Cecile Meier and Kelly Dennett who have written this fascinating backgrounder on her in Stuff.  She declined to apologise.

To mark today I am going to give a donation to Greenpeace. If you wish to do the same the link is here.