It’s a shame Nick Smith is all over the political news at the moment for his ACC botch up because he should really be all over the news for his Better Local Government proposals.

That is not to say his apparent breach of cabinet guidelines vis-a-vis his letter to ACC to help friend Bronwyn Pullar with her ACC claim while the minister of ACC is not important. But in the greater scheme of things I’d rather we had a public debate about what we actually want from our local councils. 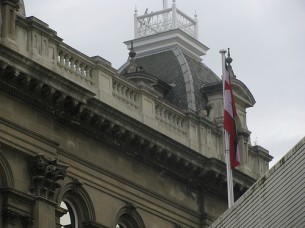 So far all I have heard is “rates are too high. They keep rising. It’s outrageous.” And thus Dr Smith’s proposal which seems ready to kneecap local governments’ autonomy, and slowly bleed them of the ability to invest money in anything but the most basic provisions, seems likely to pass quickly through the court of public opinion unchallenged.

I’ve got three concerns that I’d like to see addressed before that happens though.

First, rates are, in my opinion, a ridiculous tax. Obviously people object when we receive a bill out of the blue every few months for hundreds, or even thousands of dollars. The sudden arrival of a bill for large sums of money make rates much harder to stomach, for most people, than PAYE. Rates also intrinsically feel less fair than PAYE (or even GST, for all its flaws). But just because people hate rates does not mean that rates are necessarily a bad thing. Just as everyone hates tax, but we all recognise the need for taxes to build the community we want, the same applies to rates.

And, in relation to my first point, if we constantly push down central governments tax revenue with ongoing tax cuts, is it any wonder that the organisations that are then stepping in to cover the cracks need to raise their revenue by increasing rates? 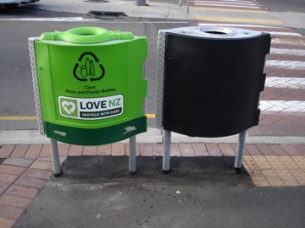 Third, councils, even those sticking purely to what Dr Smith could describe as their core functions, are currently funding some of the most expensive infrastructure in the country. Transport, waste, and water quality are probably three of the most infrastructure-intense areas of government investment in New Zealand. Good councils are facing up to environmental challenges that central governments have been too timid to meet. We need to get those investments right and we need to get them right quickly.

Capping local government spending at ‘CPI plus population growth’ risks inhibiting councils from making the right long-term investments in easily accessible public transport, healthy waste management, and clean sensible water use. It would simply be short-sighted. Next year’s new councils not only need to be nimble on their feet to face these challenges, they also need to be able to make bold and large investments.

There is something inherently anti-democratic and paternalistic about Dr Smith telling yet-to-be-elected democratic councils what they can spend their money on and how much money they may spend. Local government are very accountable – accountable in a way that businesses are not. Just ask John Banks and Kerry Prendergast.

The images are from Flickr. Thanks to Broken Piggy Bank and Hickey/Scott for the images