Long time neo-Nazi Kyle Chapman is a changed man. Or so he says.

Speaking on Radio NZ, the former National Front and Right Wing Resistance leader claims to have changed his ways, found God and family, and moved on from politics.

This may be true, and if genuine, is welcome news.

Chapman is also claiming that the backlash against the far right has seen the three main NZ fascist groups disband. These are the National Front, Right Wing Resistance and the Wellington based Dominion Movement.

Again, if true, this is good news.

Chapman cautions that the folding of these organisations means the members will be driven underground. That obviously has dangers too, however the end of public displays of white supremacy from organised groups who seek to intimidate and spread fear and prejudice is to be welcomed.

Obviously, thoughts and prayers go out to any skinheads and fascists who are feeling victimised at present, such as noted sook Vaughan Tocker.

Must be tough being half master race, half snowflake.

We’ve been naively tolerant of these groups for far too long. It would be good if we help keep them from reforming by specifically criminalising hate groups.

Because they will reform.

Maybe not in the goonish way we saw when Kyle Chapman was strutting around the streets of Christchurch in neo Nazi regalia.

It’s more likely they will work as entryist cliques within established conservative parties. The experience in the UK has been of the radical right working to take over UKIP and also to establish a base within the Conservative Party.

Given the anarchy that prevails in British politics at present, they’ve found fertile ground.

So, my suggestion here is that National, ACT and NZ First will need to keep a close eye on membership applications, and in particular, unusually large sign ups in otherwise quiet branches.

It would be a great pity if this historic cleansing of the Fascist filth from our streets only leads to legitimisation within the established forums of the NZ right.

PS, the photo I used to illustrate this post reminded me of another pair of idiots from my youth: 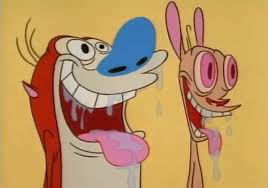 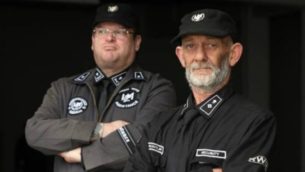 121 comments on “The Repentant Right ”