The shame of poverty in NZ

A piece in The Herald yesterday outlines the shame of poverty in NZ:

The title is confusing. The measures of poverty discussed are absolute, not relative measures. “Relativity” enters in to it when comparing children to other age groups in the population.

Children are more likely to be in material hardship relative to the rest of the population in New Zealand than in any European country, the Ministry of Social Development says.

Worse than any country in Europe.

A ministry report prepared for the child poverty package in last month’s Budget, published online yesterday, found that 18 per cent of Kiwi children lacked at least five out of 13 items of material wellbeing in 2008, compared with only 11 per cent of the whole population and 3 per cent of the elderly aged 65-plus.

New Zealand’s ratio of child deprivation to the whole population average, with children suffering at 1.6 times the average, was higher than in any of 20 European countries for which the same data was available.

It’s good that we take care of our elderly. But it shouldn’t be at the expense of children.

The 13 measures of material wellbeing included “having a meal with meat, fish or chicken every second day”, “keeping the home adequately warm,” “having two pairs of properly fitting shoes” and “having one week’s annual holiday away from home”.

The report also looks at NZ data for a wider list of 17 items including measures of hardship such as “postponed visits to the doctor”, “put up with feeling cold to save on heating costs” and “borrowed money from family or friends more than once in the last 12 months to cover everyday living costs”.

Again children were more likely than the general population to live in households with these hardships. For example, 19 per cent of children lived in homes that borrowed to cover everyday living costs, compared with 13 per cent of the whole population.

Poverty fell under the last Labour government, leapt up with the 2008 recession. Since then there is some evidence that it has fallen again, but not to pre 2008 levels. But then there’s this, also yesterday, by Jessica Sinclair for the Child Poverty Action Group:

Child poverty figures – fix the problem, not the warning light

On 25th June the Department for Work and Pensions will release updated figures on poverty, including child poverty, for 2013-14.

These figures were delayed until after the election, meaning the last government went into a General Election with child poverty figures available only up to the end of March 2013 –  that’s before most of the austerity-driven benefit cuts had been implemented.

The delay enabled government ministers to make repeated claims that child poverty had fallen during the last parliament, a claim that is unlikely to survive the publication of the 2013-14 figures. Independent experts including the Institute for Fiscal Studies and the New Policy Institute expect the number of children in poverty to have risen, probably by around 300,000. Even more worryingly, they see this rise as part of a longer term upward trend in the number of children growing up in hardship.

Even if these projections are inaccurate, there’s no disputing that the Government’s child poverty strategy is failing – it simply isn’t going to meet the legal targets to end child poverty by 2020. 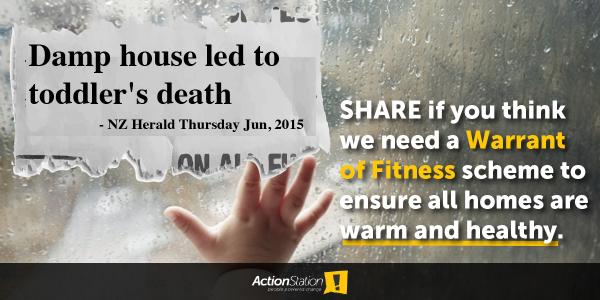 30 comments on “The shame of poverty in NZ ”