The states of John Key – The Salesman

Third of a series by Guest poster Blue. 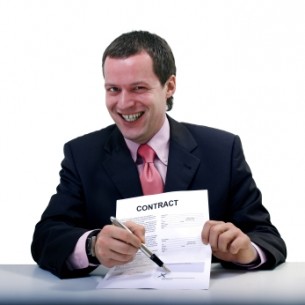 An old post of Marty G’s on the Standard says ‘One of the stories from John Key’s days as a currency trader is that he was always more of a salesman than an analyst. He wasn’t good at picking markets and investments; he was good at getting people to trust him with their money.’

The deal-maker is at home in the MMP system, despite the National Party’s ideological aversion to it. Key stitched up his coalition and confidence and supply partners quickly after the election. It surprised many that the Maori Party was included, and the Herald even wrote a worshipful editorial likening Key’s actions to those of God as it pondered if this was a new era for Maori politics.

Not so. The salesman had simply moved in for the kill, with classic negotiating tactics. Give them something they want that you don’t care too much about, and get them to give you something in exchange. Giving away the position of Maori Affairs minister and a few associate positions wasn’t too much of a hardship. Neither was promising to â€˜look at’ the Foreshore and Seabed legislation, given that National didn’t like it either (though for different reasons).

In return, Key got the support he needed to pass legislation that the Act Party disagree with such as anything to do with climate change. It neatly avoided him being too beholden to the extreme right-wing demands of Act, which would have tarnished his popularity with the electorate if he gave in too often. Under MMP, it’s often the bills from the minor parties that cause the most controversy such as the â€˜anti-smacking’ bill from the Greens in the last Labour government, and the â€˜three strikes’ bill for the current Government.

The deal-maker was at his best with the foreshore and seabed issue. Key recognized early on that the Maori Party value style over substance semantics and how the deal is done is of more importance to them than practical outcomes. He put this to good use in instances such as signing up to the UN Declaration on the Rights of Indigenous Peoples while inserting a caveat to make it useless in practice. A clever rebranding of Labour’s Foreshore and Seabed Act, with the term â€˜Crown ownership’ replaced by â€˜public domain’ and a recognition of the â€˜mana’ of Maori over the foreshore and seabed, and a contentious issue that plagued the Labour Party for years was resolved.

Being able to make the backroom deals is a key political skill for any leader, and Key is outstanding at getting what he wants while giving very little away to those he deals with.

18 comments on “The states of John Key – The Salesman ”