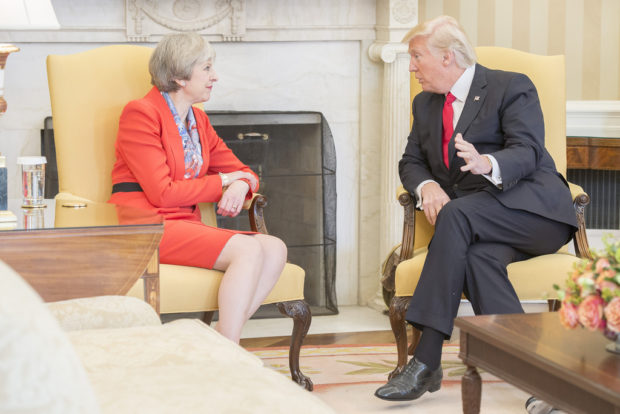 It has been a bad week for England, especially for the Conservative Government.

In the world cup the three lions crashed out in the semi finals to Croatia.  They went ahead early but then rested on their laurels and despite the heroics of keeper Jordan Pickford were overtaken by a more determined Croatian team.

Theresa May’s government is in dissaray with three senior ministers including Boris Johnson and Minister in charge of BREXIT negotiations.

It appears that at least Theresa May has come to the realisation that for a free trade loving country like England pulling out of its most significant market is actually a bad idea.  But others have accused her of wanting a “soft” BREXIT.  Clearly they are overcome with references depicting some idea of male sexual prowess.

There seem to be two sticking points, the future of Northern Ireland and a suggestion that the EU should retain full control over that area and an alternative suggestion that a full customs union and single market should continue with restrictions only on the free passage of individuals.

But this is May’s problem to resolve.  Although the prospects of a leadership spill and/or the Government imploding look remarkably high.

Surely things could not get any worse …

The Orange one has made his way to England.  No doubt the loss in the soccer will increase the feeling of doom and despair in England.   I have seen it happen regularly here when the All Blacks lose.  I expect that feeling to add a certain degree of passion to the mass protests that are occurring.

But Trump has sprayed the place with napalm and lit a match with his latest comments the likes of which I can never recall hearing from the leader of a major western nation.

Trump has effectively called May a loser and suggested she be replaced.

In an extraordinary interview that threatened to undermine her new Brexit strategy, painfully thrashed out with her cabinet last week, Trump questioned whether her plans upheld the referendum result and accused her of ignoring his advice.

Against a backdrop of furious protests across the country, the US president openly humiliated May by suggesting that former foreign secretary Boris Johnson, who quit in opposition to her Brexit plans this week, would make a great prime minister.

His intervention sabotages her attempts to placate Tory leavers, who are furious following the long-awaited release of her Brexit white paper on Thursday, by winning US support for her proposals.

Perhaps elements of the Conservative Party should think about the unthinkable and supporting Labour and Jeremy Corbyn to take over.  Because the way things are going this is going to happen anyway.