Thumbs down for Joyce’s ministerial domain

A State Services Commission review has delivered a scathing report on Steven Joyce’s “super ministry”: the Ministry of Business, Innovation and Employment (MBIE) that was the result of amalgamating several pre-existing ministries. 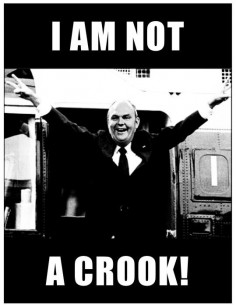 MBIE always looked like Joyce’s little fiefdom, giving him power over some crucial areas of operation, and bringing ministries previously related to the lives of Kiwis work and home lives, into a ministry that foregrounded the interests of “business”. In April 2012 RNZ reported:

The Government will proceed with its plan to merge four agencies into a new Ministry of Business, Innovation and Employment.

The new entity will take over the functions of the Ministries of Economic Development and Science and Innovation and the Departments of Labour and of Building and Housing on 1 July.

The State Services Commission has delivered a scathing report on the performance of the government’s ‘super ministry’ two years after it was created by merging four government departments.

The commission’s first performance review of the Ministry of Business, Innovation and Employment says the ministry has significant external and internal problems.

Out of 32 areas of review, the commission dished out 27 ratings of ‘weak’ or ‘needing development’.

Aspects deemed to need development ranged from leading economic growth (the core reason the ministry was set up) to engagement with ministers.

The ministry was awarded no ‘strong’ ratings across any of the categories of the review, which took place in late January and early February 2014.

The report says the senior leadership team includes very capable people, but they are not operating well.  Clearly, this indicates the buck stops with the minister with overall responsibility – Steven Joyce.

The working relationship between the MBIE’s senior personnel and the 14 relevant ministers is poor.

Weak HR systems, management and organisation was resulting in frustrations and a high staff turn-over.

As a result, MBIE’s HR, Finance and ICT costs were well above comparable agencies, and its management capability was barely ‘achieving’. There were also high levels of frustration amongst managers.

“Not only are there serious deficiencies in the basic information available to them, they are not confident about when these deficiencies will be addressed,” it said.

RNZ interviewed the former president of  Intitute of Public Administration, Len Cook, who had expected the report to show some deficiencies in MBIE, but not as many as it found.

He says that the ministries that pre-existed MBIE were already very large and complex.  This raises questions about the wisdom of amalgamating them into a super ministry.

Also on today’s Morning Report, RNZ reports that the MBIE is under fire on 2 fronts:

Firstly, opposition politicians are highly critical of MBIE’s “handling of the controversial Sky City Casino contract”. The costs of the Convention Centre that Sky City will build in return for gaming concessions has blown out big time: probably by over 100 million dollars to be paid for by the government/tax payers. 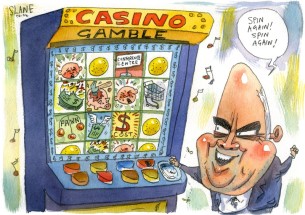 Secondly there is the damning report on the operations of the MBIE.

Joyce had promised that the MBIE would provided faster decision making and better leadership for government policies. On these it has failed. Phil O’Reilly does a poor attempt to justify the MBIE’s existence by claiming the poor report just highlights inevitable “teething problems”, and that MBIE is well placed to deliver as promised.

However, this project seems to be a very clumsy and over-blown attempt for Steven Joyce to acquire power and control over a number of ministries.

Furthermore, bringing the departments of Labour and Housing under the umbrella of “business, innovation and employment”, further disempowers ordinary workers and Kiwis. It makes business the main driver, and undermines the interests of workers, workers’ rights, and the rights of all Kiwis to live in affordable and secure housing.

33 comments on “Thumbs down for Joyce’s ministerial domain ”