Time for the Greens to transcend left vs. right.

The co-leadership race within the Greens has shown that they’re alive and kicking – if nursing a few wounds from the last election. Both Kevin Hague and Gareth Hughes have managed to enter the race with minimal belittlement – an impressive feat in itself, for a party as controversial as the Greens. Most interesting of all, however, is Vernon Tava’s announcement that he would be running for co-leader.

Mr. Tava’s decision to stand for co-leader likely came as a surprise to much of the Party, but not for those who know him. He never passes up an opportunity to stimulate debate on the difficult issues. And stimulate debate he did. The Greens allying with the National Party? It’s ridiculous! Absurd. Beyond obscene. Didn’t Vernon Tava get the memo? National is evil, led by the devil himself. The suggestion that it is time that the Greens rethink their position on the Left lit a fire in the party, and social media has been abuzz with debate.

I, for one, am grateful that the Green Party is once again discussing this issue. I have described myself as “so far Left that I’ve fallen off the spectrum,” and socialism is the political ideology I most closely align with. Nevertheless, I mean this full-heartedly: socialism is not enough. It does not have all the answers needed to conquer the problems the world faces. There is no ideology, no person on the planet, who yet has those answers. To pretend otherwise is folly.

As we Greenies are so fond of saying, what is needed is a paradigm shift. But a paradigm shift is not a simple matter of being radical. It means fundamentally changing the way we view the world. 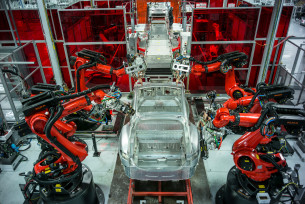 Take, for instance, the issue of work. Socialism empowers workers, and seeks to give them political control. But empowering workers rests on a basic assumption- work needs to be done, so that workers exist. What happens when that work dries up? Much of the work around the world is being made obsolete by technology. In some fields, for instance, robots can do jobs far more efficiently than humans. It is conceivable that in fifty years time, the need for paid unemployment will virtually be non-existent.

You may need a moment to process that. It is, as I said, a paradigm shift. Can you conceive of a world where paid employment is not our primary method of distributing resources? Can anyone? The answer is no. No one on this planet has yet come up with a solution. And so instead of reducing the work, we increase production. More phones need to be created, more television sets, more computers, clothes, accessories, and every meaningless thing. They are designed to wear out quickly, so that we buy yet more, to keep up the ever pressing need for employment. Tim Jackson’s Prosperity Without Growth illustrates this conundrum perfectly, the “iron cage of consumerism.”

The 21st century is going to be demanding of us. We will be facing devastating climates, dwindling resources, a tense global outlook, and countless other problems. All the while, we will not have sufficient information. There will be no clear-cut course, but we will have to forge ahead anyway.

The Greens must face that they may one day be running the country. If that day comes, and the Greens pretend they have all the answers, the Party is lost. Democracy is not just about voting at elections, it is about an engaged citizenry. It is about Parliament opening itself up to ideas from every direction, and following the best ideas- regardless of where they come from.

The challenges facing us require a greater humanity than we have previously seen. We must create a future that is viable for ALL of humankind- whether Muslims or Christians or Atheists, whether Pakeha or Maori or Indian… A vision of our future must include everyone- even National voters.

A million people voted for National. It is easy to dismiss those people as idiots, people who were duped into voting for a party that is no good for them. But that would be naïve. Some voters always allocate their votes poorly, but the truth is there are things National simply does better than every other party. It offers hope of security and stability. It challenges individuals to rise to their own responsibilities. True, these taken to an extreme can be toxic. But they are basic principles that do have value, and we would do well to remember that.

267 comments on “Time for the Greens to transcend left vs. right. ”