Time to do something about poverty 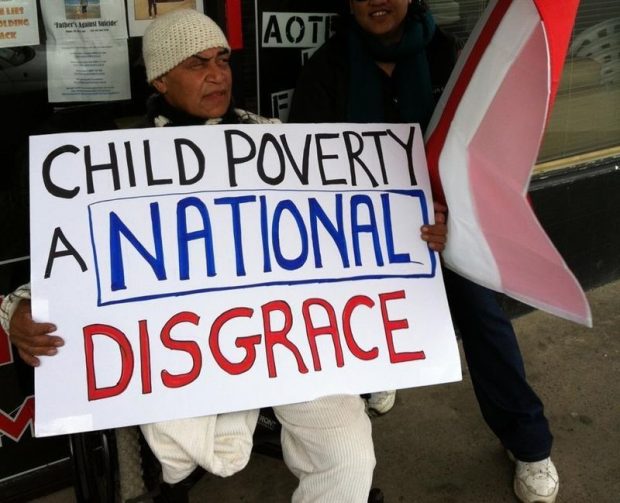 If the Government ever wanted to start burning political capital on addressing poverty now is the time.

The economy is in remarkably good shape, such good shape that Standard and Poors has just given us an improved credit rating of AA+.

S&P Global Ratings has raised the rating to AA+ with a stable outlook from AA with a positive outlook.

The agency, one of the big three in the world, said New Zealand has recovered quicker than most advanced economies because it has contained Covid-19 better than most.

“We now believe that the government’s credit metrics can withstand potential damage from negative shocks to the economy, including a possible weakening of the real estate market, and its fiscal position at the ‘AA+’ rating level.”

S&P said the upgrade was the first for any economy since the outbreak of the pandemic.

It said the initial measures to contain the virus had resulted in a recession but the strength of the recovery and relatively low debt supported the ratings upgrade.

“New Zealand’s debt profiles compare well to those of its similarly rated peers and support its credit rating, even though its debt levels are higher than in the past,” the agency’s commentary said.

This was no doubt influenced by news in December that the Government’s books were $4.8 billion better than anticipated.  From Thomas Coughlan at Stuff:

The New Zealand economy continues to defy gravity with Government accounts showing that its books are sitting $4.8 billion better than expected.

The Covid-19 economic carnage meant the Government was expecting to book a deficit of $8.6b as higher unemployment led to lower tax revenue and higher expenses.

Instead, the deficit for the four months to the end of October was just $3.8b.

Core Crown tax revenue was $29.9b – $2.9b more than forecast. GST was the big tax winner, as higher-than-expected spending meant the GST take of $8.3b for those four months was $1.6b above forecast.

Expenses are much lower too. The Government has spent $35.7b in the last four months, $1.6b less than it expected to.

This was almost all down to the cost of the wage subsidy coming in a full $1.4b below forecast.

Although it looks like not much political capital will be required.  Because most kiwis support more being done to address poverty.

McAllister is right. The success of compassion during the Covid lockdown has shown us what the Government can achieve.  All that I would say is let’s do this.

77 comments on “Time to do something about poverty ”