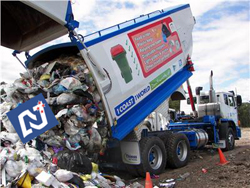 To me the National government reached its tipping point the day it was elected. Other commentators are a bit slower to catch up! Here’s Colin Espiner today:

In the life cyle of every administration, there’s a stage where it “tips” – where its popularity starts to fall, and with the benefit of hindsight, politics watchers with nothing better to do than coin phrases label it the government’s “tipping point”. It’s not the death of the administration by any means – just the point at which its popularity ceases its relentless march upwards, and from which point a period of more even competition between it and the opposition emerges.

Has National reached its tipping point?

I ask because of several recent events that made me think that perhaps – just perhaps – things were about to change for the worse for National.

The 50,000-odd people who marched at the weekend in Auckland to protest the Government’s plans to mine some national parks was one indication. That’s a big march by Auckland standards; indeed it’s probably the biggest march in the last couple of years.

Way to damn with faint praise Colin. According to The Herald’s figures (here, here) the march wasn’t the largest in “the last couple of years”, it was the largest single protest since 1938. It wasn’t big “by Auckland standards”, it was huge by New Zealand standards!

The rest of Colin’s post focuses on the nanny nats, and the by now commonplace hypocrisy of a National government merrily implementing policies that it would have vilified Labour for:

Yet the irony is that National is imposing policies Labour wouldn’t have dared to do, for fear of being labelled social engineers. From bans on cellphones in cars to crackdowns on young drivers, rasiing the driving age to floating raising the drinking age and lowering the drink-drive limit, and now whacking up baccy tax, there’s absolutely no question National has its sleeves rolled up and is getting stuck right in to social issues. I could add that none of this stuff was flagged by National before the last election.

How voters respond is crucial. Will they see this as common-sense, middle-of-the-road politics? Or more interfering in their lives? Given that such a belief – however fairly or unfairly held – was one of the principal reasons Labour lost in 2008, National should take care.

National’s change of heart on race relations, the flip-flop from Iwi/Kiwi to highly accommodating, has some (so far mostly “symbolic”) benefits for Maori. Likewise the nanny state flip-flop allows National to address issues that need addressing. The problem on “nanny-state” matters isn’t National’s performance in government, it is their performance in opposition. It is the pure hypocrisy of politicians who, like “perk-buster” Rodney Hide, will say anything they like in opposition, then do anything they like in government.

So put the nanny state aside. If we’re going to have a discussion about National’s tipping point, let it be for the right reasons. National have reached their tipping point, indeed they passed it long ago, because they are hypocritical opportunists, useless on jobs, the environment and the economy, and totally lacking in vision.