The text of the TPPA has finally been released to the plebs – i.e. we the people. RNZ:

The government has released the legal text of the Trans-Pacific Partnership on behalf of the deal’s 12 member countries.

The government has said the trade agreement will boost New Zealand’s economy by $2.7 billion a year by 2030 but, until now, the public had been kept in the dark as to what the agreement entailed.

Trade Minister Tim Groser released a statement this evening including a link to the text.
He said he was pleased the public would now finally be able to thoroughly review the full text of the TPP before it was signed by governments.

Work on the legal verification of the text would continue in coming weeks, he said. “This is a complex agreement, with 30 chapters and associated annexes. The large number of documents released today amount to over 6000 pages of text and market access schedules. …

The full text can be found here. But we already know that we have given up a lot for a little.

‘Today’s release of the Trans-Pacific Partnership Agreement text ends the farcical situation where governments were touting the benefits for the nation with no prospect of any independent assessment to contradict them,’ said University of Auckland law Professor Jane Kelsey.

It is not clear whether this will also start the 90-day countdown before President Obama is allowed to sign the agreement under US law, or whether any of the other countries would sign unilaterally before the US does.

But, Professor Kelsey points out, ‘the legal text is not enough on its own. We need to see the background documents that help make sense of the text, but the parties have vowed to keep secret for effectively another six years.’

‘We also need the various analyses the New Zealand government has relied on when talking up the benefits and playing down the costs.

“They have been coy about who has done this work, especially the projections of $2.7b benefits for the economy, and stalled on Official Information Act requests to release them, despite the High Court’s rebuke last month,” Jane Kelsey said. … 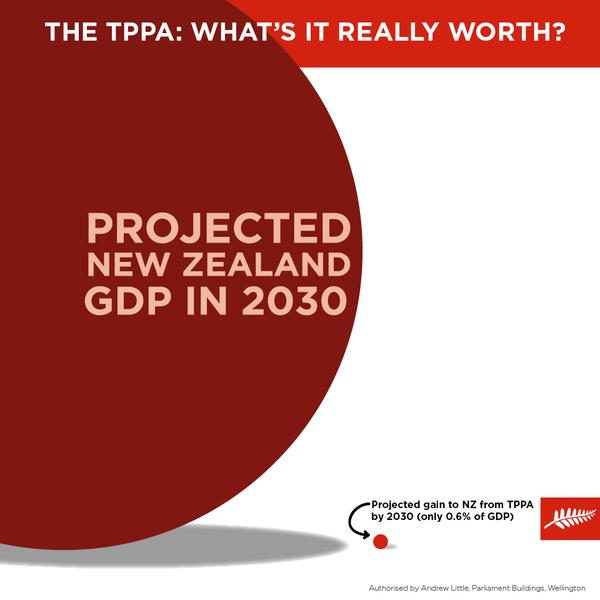 Update:  The Washington Post has provided a tool to allow the text of the TPP to be searched.  The word “climate” does not appear in the text …