Trump laughed at for waving his toad at UN

What can one say. Lets try The Daily Mirror for one of the more considered right opinions…

United Nations delegates openly laughed at Donald Trump during his keynote speech to the General Assembly.

As laughter started to bubble through the crowd, Trump insisted: “So true.”

The hilarity spread across the general assembly, growing louder as Trump halted his speech.

What a complete boastful dickhead. Especially when he is either lying or just too stupid to understand what he is looking at. In any case it appears that Trump is now a poor standup comic.  A view shared across the UN and much of the major news outlets today.

FFS: Just at present the economic outlooks over the next few years don’t look too dissimilar to prior to the Global Financial crisis. While most other major and many minor economic state has been pulling their fiscal house into order ready for a probable recession, US debt levels from the government through to housing mortgages are starting to look very similar to 2007.

It doesn’t look like another GFC if only because of the increased regulatory control through the banks especially in the US  will limit damage (although the Fanny and Freddy Mae). A damn good thing. The major economic states are still carrying far too much debt to be able to perform quantitative easing as they did for years after 2008, especially the US with its ever increasing federal debt levels.

And toad… Well for those of you haven’t caught up.. Spoiler alert – it may put you off Mario Bros games forever. But that’s a side benefit. 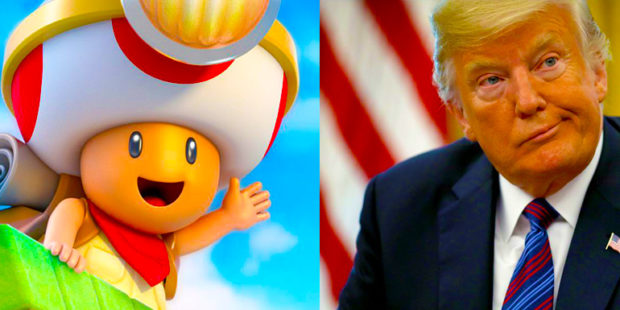