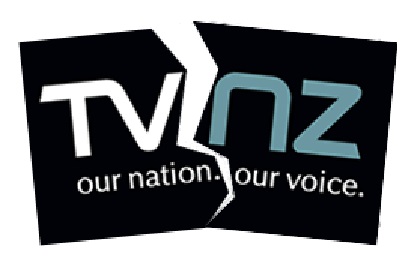 From the you have to be kidding file.

TVNZ’s financial performance has been on the decline with the reduction in profit especially pronounced.  Its profit in 2016 was $12.7 million.  Last year it plummeted to $1.397 million.

After such a significant loss in profit you would expect the Chief Executive’s pay to be adversely effected.  But no.  In 2016 it was $1.1 million but last year it increased to  more than $1.35 million.  He personally earned almost as much as the company profit.

Is someone taking the piss?

TVNZ’s entire profit was only slightly larger than its chief executive’s pay. It made $1.392m for the year – down a whopping $11.295m on the previous year.

Kenrick collected a $409,727 bonus payment in September 2016 for meeting “performance criteria” and that, with other extra payments, significantly bumped up his base pay of about $840,000.

He’s by far the highest-earner at the network, with their annual report disclosing today that three other staff earn over half a million dollars a year. TVNZ do not have to disclose the names of those earners and have refused in the past to identify who their biggest on-screen bankers are.

The causes for the savage drop in profitability are described as being difficulties over a decision to bulk buy programming from Disney and reorganisation and redundancy costs relating to the newsroom.  Fair enough.  But rewarding the Chief Executive overseeing self imposed contracting difficulties is just strange.

And what happens elsewhere?

I will shock a few by saying this but maybe it is time to consider privatising TVNZ.  The released capital can be used to improve the performance of entities who do not use a rabid right winger as its front person and who do not pay the chief executive a bonus for overseeing a massive drop in profitability.