Two peas from a pod 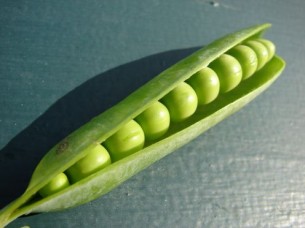 The activities of the dishonorable Minister for Social Development and Employment Paula Bennett has been increasingly reminding me of the blogger Whaleoil.

Consider the number of common points of obnoxious behaviour. The similarities are quite striking. The main difference is that one is a blogger opinionating on current affairs and the other is a minister of the crown with the responsibility for large numbers of dependent people.

Both release information about people to make purported political points.

Neither appear to have any respect for the legal bounds that govern our society. Or more likely they consider their own needs are more important than those that enshrined in laws and rules that are meant to limit their behaviour.

Both seem to release information into the public domain because they appear to have egos that require frequent narcissistic burst of attention from the news media and commentators. The information that they release has very little political policy content, but appears to be more orientated for the prurient titillation. There are better ways to deal with the issues that they raise and those are followed by other more responsible members of the community.

Both appear to be pretty incompetent at looking at the data they are presenting. Certainly they appear to ignore any information that explains why the decisions were made in the cases they are highlighting.

Neither appear to care about the innocent parties and victims who will be affected by their disclosures. Paula Bennett ignores the children who she is identifying along with their parents. She ignores that the benefits she is describing are largely targeted at the immediate benefit of the children, and in the longer term for reducing the damage to society by trying to reduce the damage of circumstance on those children. Whaleoil releases information that allows the identification of spouses and children who are the victims of some of the cases.

Both appear to be pretty incompetent. Both seem to jump from a few points of data to a full-blown conclusions without little intervening logic. Paula Bennett seems to be incapable of getting top of her portfolios and seems to spend more time pursuing sideshows than doing her job.

However, there the comparison ends. Whaleoil has known reasons for his behaviour. Paula seems to be doing hers purely for her own venial political reasons.

Paula simply doesn’t seem to have been doing much that is of very much use in her portfolios . She makes basic seasonal mistakes in proclaiming victory over unemployment. Meanwhile the number of beneficiaries keeps rising and she keeps putting in policies that make it harder for people to into employment.

To distract attention from her apparent general incompetence she has provided the National party faithful, media and blogs with these prurient violations of the privacy of the people in her charge. In each instance, it is apparent that the beneficiaries are in fact receiving their correct entitlements. Otherwise the organizations she is overseeing have ample avenues to correct the errors they are making. Since this doesn’t appear to be happening, then you have to look for other reasons for her obnoxious behaviour.

It appears to me that her violations of her dependents largely done to provide the illusion that she is competent. To date I see no more substance that she is than I see in Whaleoils tirades having on any political policy making.

Paula Bennett is clearly intent on establishing her reputation as being the Whaleoil of the cabinet. But it worries me that the same bad behaviour that is largely unacceptable in blogosphere appears to be condoned in cabinet. John Key needs to assert his control over the cabinet rather than dithering around and letting this type of juvenile sideshow from happening. If he cannot or will not, then it says quite a lot about his lack of ability.

Recently Paula Bennett, like so many of the National cabinet, appears to be avoiding the media. I guess that is because her lack of ability has been shining through far too much.Whale has managed to get himself offside with the National and has stated that he is no longer a member. Hopefully Paula Bennett will get shuffled to somewhere where she can cause less damage, and one of the few competent ministers in National gets put in the critical portfolios that she currently abuses.

This post was originally scheduled for May 30th. The post was targeting Paula Bennett rather than Whaleoil. However in real life, Cameron had his house taken by the bank that day. I pulled the post because he didn’t need the additional aggravation at that point in time.