John Key was duly pleased when his mate David Cameron came to power this week. In congratulating the Conservative Party leader (with whom he’s said to keep in weekly contact) Key said he was confident the relationship between the two countries would go from strength to strength under his leadership. 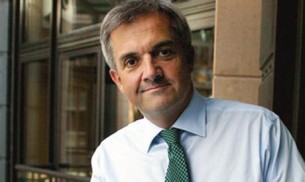 Best he takes note then of the new UK Government’s commitment to positive, pragmatic action on climate change. The Conservative-Lib Dem coalition in the UK is actually good news in this respect. With the Lib Dem’s green-minded Chris Huhne set to pick up the energy and climate change portfolio, the new administration has already stated its intention to deliver a low carbon economy.

In a document outlining agreements already reached between the Conservatives and Liberal Democrats, there’s talk of the kind that makes climate campaigners weak at the knees – feed in tariffs, smart grids, no new coal-fired power stations unless they’re equipped with sufficient carbon capture and storage and meet emissions performance standards, no public money for nukes. In their own words, they’re aiming for an ‘eco-friendly economy’.

Meanwhile, support for a green investment bank will release the much needed cash to spark a revolution in innovation and clean technology, creating thousands of jobs and ensuring energy security.

Back in Godzone, we’re days out from the Budget. The big question is, will John Key heed the shift in dynamics in more progressive nations, and show similar vision? Will he take a leaf from his decidedly greener mentor? Mind you, as Bill Cosby once said: “A word to the wise ain’t necessary; it’s the stupid ones who need advice“.