UK election goes down to the wire 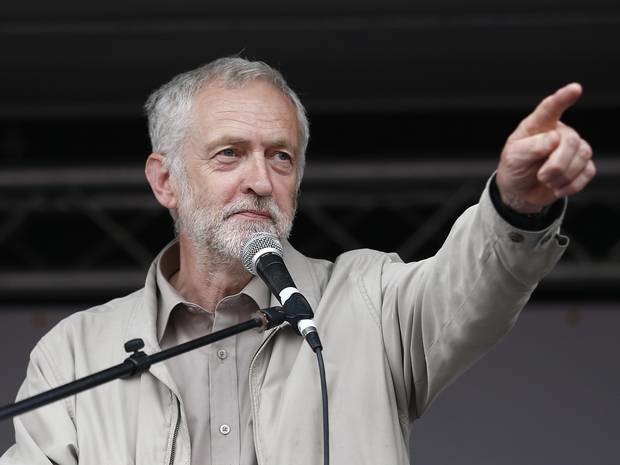 Who would have thought even two weeks ago that Labour had a chance of winning the UK election.

It was meant to be a foregone election.  Theresa May’s Conservatives were meant to crush all before them, achieve an increased majority and then proceed to dismantle the last vestiges of the UK’s involvement in the Common Market not to mention the Labour Party.

And Labour would then have a terrible choice.  Continue with Corbyn after the election despite his clear shortcomings or dump him and install some careerist Blairite.  Either choice it was predicted would result in the devastation if not the destruction of Labour.

But some strange things have been happening.

First of all and no matter what happens this has been Corbyn’s campaign.  He has done something very simple.  He has gone out and talked to the people and presented a comprehensive progressive policy platform.  Memo to all wanna be politicians.  Be yourself, talk about what you want to achieve and keep it simple and honest.

In stark contrast Theresa May has attempted to run the most sterilised of campaigns.  She has held herself out as being a strong leader while refusing to engage in any debates.  She has stuck to her strategy despite it clearly not working.  Her policy platform which contained for a short while the much derided dementia tax has not helped and reinforced the perception of the Conservatives being an uncaring party only interested in improving the plight of the rich.

And even the terrorist attacks on London and Manchester may not been helpful for the Conservatives in the way that such attacks traditionally benefit the tough right wing pro tough on terrorists party.  Because one of Corbyn’s main campaign themes, that is the damage being caused by austerity, is very relevant when it is considered that the Conservatives have cut thousands of police jobs and run down the health system.  There is nothing more likely to show the importance of these areas of public infrastructure than a terrorist attack that results in multiple fatalities and injuries.

Jeremy: UK is fifth richest country in world – there is no justification for 20,000 police cuts https://t.co/jEkD6esNch #GE2017

And this next point needs to be repeated and repeated as Corbyn has been doing for many years.  The most sure fire way of creating terrorism is to oversee the destruction of countries.

Jeremy on Iraq War 2003: It will set off spiral of conflict, hate, misery. And will fuel wars on future generations pic.twitter.com/5isVIclm9g

Theresa May also has some questions to ask. Since 9/11 Saudi Arabia has been implicated in all sorts of action including support for Al Qaeda and ISIS yet America and the United Kingdom continue to have very cordial relations with that country. And a report prepared for the UK Government on this very issue will almost inevitably be buried at least until after the election.

An investigation into the foreign funding and support of jihadi groups that was authorised by David Cameron may never be published, the Home Office has admitted.

The inquiry into revenue streams for extremist groups operating in the UK was commissioned by the former prime minister and is thought to focus on Saudi Arabia, which has repeatedly been highlighted by European leaders as a funding source for Islamist jihadis.

The investigation was launched as part of a deal with the Liberal Democrats in exchange for the party supporting the extension of British airstrikes against Islamic State into Syria in December 2015.

Tom Brake, the Lib Dem foreign affairs spokesman, has written to the prime minister asking her to confirm that the investigation will not be shelved.

The Observer reported in January last year that the Home Office’s extremism analysis unit had been directed by Downing Street to investigate overseas funding of extremist groups in the UK, with findings to be shown to Theresa May, then home secretary, and Cameron.

However, 18 months later, the Home Office confirmed the report had not yet been completed and said it would not necessarily be published, calling the contents “very sensitive”.

A decision would be taken “after the election by the next government” about the future of the investigation, a Home Office spokesman said.

Donald Trump’s claim that more permissive gun laws would have prevented the attack and his criticism of Labour London Mayor Sadiq Khan may not be helpful to May.

It's called 'leadership', Donald. The terrorists were dead 8 minutes after police got the call. If we need an alarmist blowhard, we'll call. https://t.co/NUiy9j4fBt

Nate Silver has reviewed recent polls and still thinks that the Conservatives are likely to win.  But his post shows how split recent poll results are.  While there may be a liberal bias in the polls and May is safer than people think the mere fact that the polls are all over the place suggest that nothing can be taken for granted.

In recent election after recent election we have seen dramatic swings and unpredictable results.  Politics as usual is no longer working the way it used to.  And this week who knows, Jeremy Corbyn may have a chance of forming a Government.

Who would have predicted this three weeks ago?

58 comments on “UK election goes down to the wire ”