UK Labour is in an interesting position 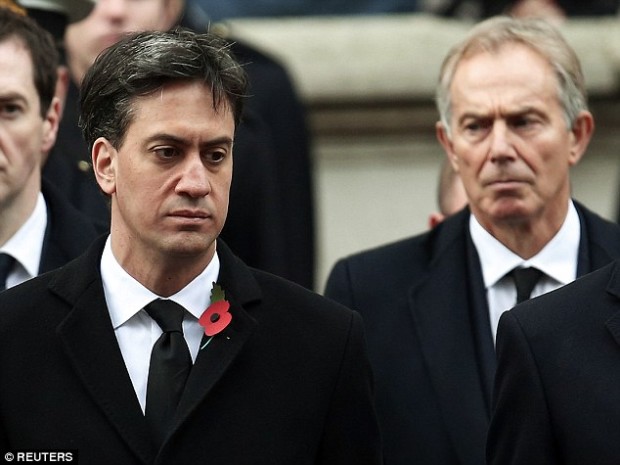 A recent article made me reflect on the current state of progressive politics in the Western World.  The Guardian reported Douglas Alexander, Labour’s campaign chief, as predicting that the UK Conservatives would spend three times as much money as the Labour Party on this year’s election campaign.  He is reported as saying:

The air war still has its place but it is on the ground where this election will be won or lost. Anyone who, like me, spent last summer in church halls and village halls, high streets and doorsteps across Scotland will understand this demand for dialogue.

The Tories may be able to outspend us by as much as three to one, but on the ground, in the key seats, we aim to outnumber their diminished and demoralised activists by the same margin as we fight this election conversation by conversation.”

Labour’s response is the same as elsewhere, the on the ground work of activists counters the traditional cash deficit that the left has.

Labour believes a shift in local activism from “no campaigning” to “average campaign intensity” leads to an identifiable increase in the party’s share of the vote. Its research shows that if Labour managed to contact 30% of voters in a seat in 2010, its share of the vote rose by over 5%.

By mid-November, in its key seats, Labour had contacted over 15,000 voters per constituency, 21% on average. It hopes to have pushed that figure to 25% by the end of the year, and take it higher in the months before polling day on 7 May.

The polls suggest the parties are neck and neck and the effect of the UKIP on election results is somewhat unpredictable.  The latest Guardian ICM poll has Labour at 32% and the Conservatives at 31%.  Softness of support for Labour in Scotland following the referendum may be contributing to this result.  Interestingly the UK Green Party is performing remarkably well and is polling at 6% which regrettably in a first past the post system unless there are specialised local characteristics in a local seat.  This is in contrast to the Scottish National Party which with a smaller proportion of the nation wide vote could win most of the Scottish seats on offer.  The prospect of the SNP winning 50 seats must be of concern to Labour because the prospects of the parties agreeing to a coalition appear to be slim.

Ed Miliband has not been helped by some poor party discipline.  Tony Blair recently mused publicly that he did not think that Labour could win.  According to the Guardian:

Tony Blair has cast doubt on the likelihood of Labour leader Ed Miliband winning the next election, saying it could well be a contest that repeats previous Conservative victories against a traditional leftwing party.

The former Labour prime minister has until now disputed reports that he does not believe Miliband can win in May.

Asked if he meant a Tory win, Blair said: “Yes, that is what happens.”

He has since stated that his comments were misinterpreted and he expects Labour to win.  But there is a discussion happening within the party about where it should position itself.

The party is having a debate about whether or not it should move to the right.  Thankfully it appears that the party will hold its nerve and not move right as advocated by Blair and others.

Lucy Powell, the party’s vice-chairman of the election campaign, said she respected Blair but the solutions he provided in the nineties were right for that era when she said it seemed right to leave capitalism alone to provide resources for public services such as education.

She told the BBC World at One: “He has his experience from his era. That is not the era we now live in.”

But she added that for most voters phrases such as left and right meant little. She said that since the crash it had been proved necessary to intervene, but denied Labour had alienated business, pointing out that Miliband’s speech to the CBI with a strong pro-European message had proved more popular with business than that of David Cameron, who spoke on the same day.

The English experience appears to be matched throughout the western world.  Much of the mass media in each country is owned primarily by the same entities with a decidedly pro free market anti collectivism and environmentalism bias.  The parties of the right are well resourced, far better resourced than the parties of the left.  It is only the innate attraction of cooperation and community to ordinary voters and the work of activists that keeps the left in the game.

63 comments on “UK Labour is in an interesting position ”