Pamphlets are circling highlighting past comments made by Mr Banks, including anti-homosexuality and racist ideas. Right-wing bloggers say it’s all part of nasty campaign tactics by Labour. “waa, waa, waa” said Farrar and Slater “it’s mean to quote a man’s words when he’s trying to keep his true views secret from the voters”.

Mr Banks could not be reached for comment but in the past has said “If I wear my policy on my sleeve, I won’t get elected”. 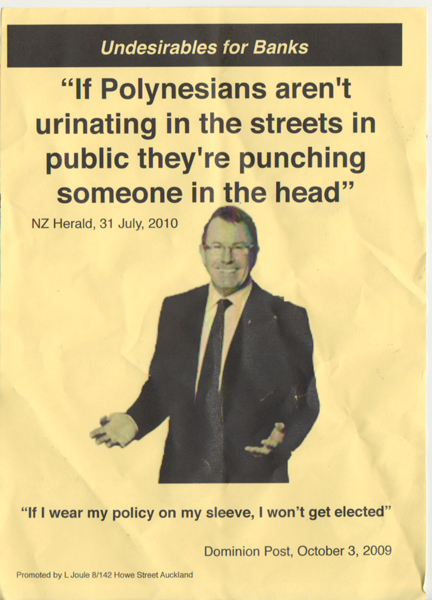 102 comments on “Undesirables for Banks ”