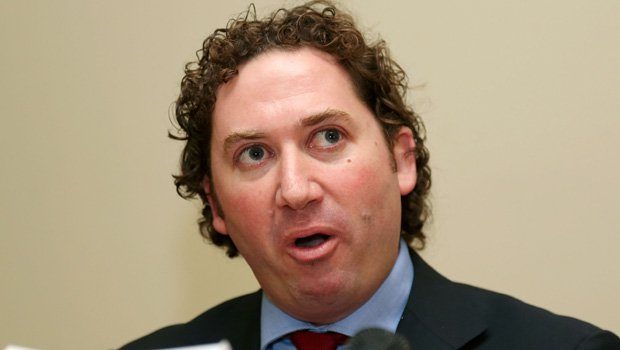 Tis the season to be jolly and good will to all men and women.

Unless it appears you are former National MP of do you know who I am infamity and a poor former employee who took him to court for breach of her employment rights.

The parties had agreed to the payment of $19,000 in damages and $10,000 in costs following the raising of a personal grievance.  But Aaron’s company only paid the agreed amount in dribs and drabs and seemed to be under the misapprehension that it could pay at a rate it determined rather than in accordance with the terms of the agreement.

So the former employee took him back to Court.  Debrin Foxcroft at Stuff has the details:

Gilmore was the subject of an ERA determination connected to his company, Mighty Rocket Properties.

In October, former employee Amanda High sought a compliance order over a settlement reached in August.

On December 6, Gilmore was ordered to pay what he owed her, as well as an additional penalty.

Failure to do so by December 20 meant Gilmore could have faced up to three months’ prison and a fine of $40,000.

When contacted by Stuff, Gilmore said he had paid the outstanding balance, narrowly avoiding the potential for further court action.

However, Greg Lloyd, the lawyer for High, said Gilmore had not made the payment in full.

“I spoke with my client an hour ago. Since the first settlement he has paid a total of $19,000. That takes care of the compensation amount but he hasn’t paid everything,” Lloyd said.

“If he doesn’t pay in full by December 20 then he will be in breach and we will progress further.”

The decision itself provides an interesting insight into Gilmore’s approach to business and includes a finding that he displayed a lack of good faith this passage:

Mr Gilmore’s acknowledgement that he entered into the settlement agreement with the intention of paying monies agreed in that document “as when able” rather than in accordance with the agreed timeframes demonstrates a lack of good faith.

As pointed out by Foxcroft this is not the first time Gilmore has attracted attention of the wrong kind.  There was the time that he threatened to get a waiter sacked for some indiscretion then was not completely up front about it.  There was also his inaccurate CV on the Parliament website which he said was someone else’s fault.  There was also a very funny facebook page Aaron Gilmore for Prime Minister that he claimed was set up by some Labour Party activist although he did not know who.

Even in defeat Gilmore displayed a churlishness that has not gone unnoticed.  His response to Stuff included this comment:

However, my company has as at today paid Ms High the rest of amounts we agreed to pay her as per the ERA Compliance Order, a few days early. As such the matter with … High is at an end. A remaining amount due to Ms High’s lawyer, a well known union socialist, will be settled as well within the agreed timelines.”