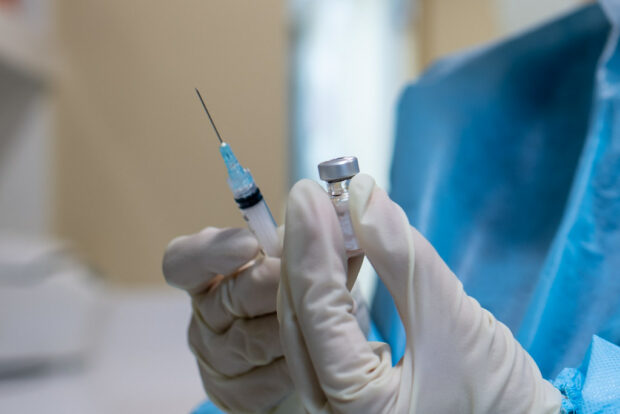 Vaccines have had a place in diplomacy since the Cold War. The country that can manufacture and distribute lifesaving injections to others less fortunate sees a return on its investment in the form of soft power: prestige, goodwill, perhaps a degree of indebtedness, even awe.

Today the country moving fastest towards consolidating these gains may be China, under President Xi Jinping, who proclaimed last May that Chinese-made vaccines against COVID-19 would become a global public good.

Its best Belt And Road buddy Kazakhistan isn’t using the vaccine China is offering and is instead going to use its own one.

But in early February, China gifted 1.2 million of the Chinese Sinopharm COVID-19 vaccine to Pakistan.

And then China got it to Peru, Brazil, Indonesia, Thailand, Turkey, Egypt, Cambodia, Senegal, and a whole bunch more. Their vaccines are reputedly not as good as the Pfizer one, but the Chinese Covid-19 response could be a real international diplomatic game-changer. They have never seen such large demand for their pharmaceutical products.

Political instability doesn’t help the recipients, particularly in the case of Peru which went through three presidents in nine days in November 2020. But they have now scored 250,000 Pfizer doses in March and 300,000 more in Aril, with further deals to come from Swedish-British firm AstraZenica.

That makes for a nasty playoff between vaccine efficacy and being screwed by massive corporations whose deals may get trumped by their host nations, versus less effective Chinese vaccines which are a lot easier to get.

Moral quandaries abound as games of interest play off against each other then multiply in short succession.

A particular moral problem of 2021 is that wealthier nations in the north have locked up so many doses of Western vaccines – in some cases securing contracts for two or three times their populations – that they’ve effectively squeezed out countries with shallower pockets and weaker diplomatic might.

The Economist Intelligence Unit says dozens of developing countries might have to wait until 2023 for widespread inoculations. Ardern has already signalled support for New Zealand’s Pacific realm partners, but what of poor and non-aligned Pacific states?

This is also illustrated in the European Union, where the European Commission was never built for implementing Continent-wide public health measures, and the result is solidarity has gone out the window, it’s every country for themselves, and it’s a shambles.

In the last week, Denmark, Austria, Poland, Slovakia and the Czech Republic have all joined Hungary to break ranks with the EU’s vaccination strategy by going beyond Europe’s borders for doses. In doing so they have unleashed a barrage of criticism directed at the EU, saying their citizens can’t wait for the Commission to get its act together.

A particular angle to watch is whether Russia or China step in fast to Kosovo, Montenegro, Bosnia and Herzegovina – these are weak countries still waiting to receive their first vaccine shipments (and North Macedonia and Moldova haven’t got much yet either), but they have been both left out of the EU’s immediate vaccine supply plans and are also possible future members of the EU. That’s what you call a vaccine diplomacy opening.

Italy has asked the European Commission to block exports of a vaccine to Australia. The Australian government is perturbed and asked for a review of that move.

These brutal games are no doubt some of the reason why our own government has been coy about a detailed timetable to deliver vaccines to the New Zealand population. Until they actually arrive on our shores en masse there’s not much point showing that you’re just getting played by multinational corporates and multinational governing orders.

Two days ago Minister Hipkins laid out a high level timetable for vaccine rollout with a sequence of border care workers, healthcare workers, older people in South Auckland with conditions, residential care people, then generally old people, then the last two million of us by July. Call me a little sceptical but I’m not rolling my sleeve up yet.

I don’t particularly begrudge China for using vaccine diplomacy to crack entry into South America and Europe, and reinforce its soft power in Africa. I don’t have any sympathy for multinational pharmaceutical companies at all, now or ever.

But there’s a nasty feeling that all of Pharmac’s purchasing power won’t be enough to stop us being pushed around in this merciless high sea of vaccine diplomacy.

Thankfully we are currently managing without it.