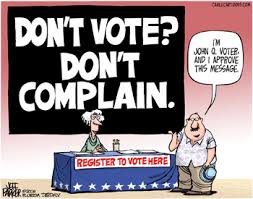 There is just over a week to go to the end of the current local body elections and turnout is small.  In Auckland as at yesterday the return of votes was running at 14.64% compared to 22.6% in 2010.  Things are not much better in other parts of the country.  In Wellington the proportion is 15.47% compared to 15.87% at the same time last election.  Christchurch is doing relatively well at 20.65% despite it appearing that Lianne Dalziel will romp home in the Mayoral contest.  In Dunedin turnout is so far half what it was last time.

This is concerning, particularly in Auckland.  Elections there tend to zig zag between left and right.  With low turnouts the main motivating factor is grumpiness with the incumbents so apart from long serving representatives who tend to hang around the middle there is often a lurch from left to right and back as grumpiness amongst the electorate punishes those perceived to have gone too far.

Auckland Council is finely balanced with progressives being a minority and a group of independents deciding issues vote by vote.  The right is not far from control and the nature of the next Council will depend on a handful of competitions.  Privatisation of Council assets and the loss of the living wage campaign could only be a couple of votes away.

There are a handful of Council contests that could be vital.  Out west Christine Rose is up against number 74 on National’s list Linda Cooper.  Linda claims to be an independent despite strong links to the National Party and a loss out west will be a net gain for the right.  Christine is a progressive with impeccable credentials and has been endorsed by former Councillor Sandra Coney.

In the Whau ward Labour’s Ross Clow stands a good chance against C&R Nolene Raffles.  In Maungakiekie Labour’s Richard Northey is under a well funded and sustained attack by Denise Krum.  In Albert Eden Cathy Casey is also under threat from C&R’s Nigel Turnbull.  Cathy is not helped by the presence of another progressive candidate Phil Chase.

All of these battles are vital and could be won or lost by a handful of votes.

And why is this important?  Because Local Government provides the best way to change the place you live in.  Whether through ensuring environmental protection or support for community decisions made at a local level can have a huge and lasting effect.

As Julie Fairley has put it local government is vital because of libraries, parks, transport, fairness, housing and democracy.  The right wing approach to these issues is short sighted and damaging, the progressive approach is futuristic and nurturing.

So wherever you live make sure you vote.  And while you are at it get your family and friends to do the same.

Votes have to be posted by October 9 to make sure they count.