Voters Dunne over in Ohariu

Peter Dunne has been thrown the lifeline he has been begging for – National voters have been given the nod by Key to keep him on. One has to ask why would they bother – I can’t see him going back as a Minister after so many stuff ups and a resignation that leaves too many questions unanswered. It looks like Key will even prefer Winston who Dunne labels as “serially unreliable.” He’s been a far better Minister than Dunne.

You could see why Key put him back after he resigned – he still needed Dunne’s vote to get National’s legislation through. Ohariu has a much better option in Labour’s Ginny Andersen – if she’d been there a truly independent Parliament would have delivered mothers 26 weeks paid parental leave for example. Dunne supported it initially but backed down when it came to the crunch.

Also Dunne won’t be able to run this video ad from May this year where he argues he is neither National nor Labour but the party of choice. The truth is nobody would choose a fence-sitter like him if they weren’t given a steer.

It is way over time for Ohariu voters to make a much better choice for the only person in the electorate who knows  what she stands for and which side of the fence she’s on – Ginny Andersen. 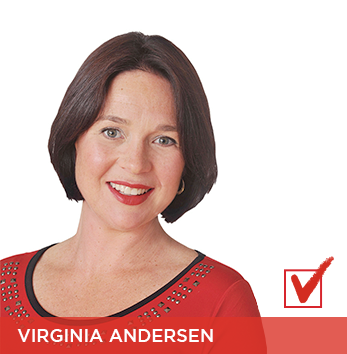 31 comments on “Voters Dunne over in Ohariu ”