There is a self-appointed “Vast Right Wing Conspiracy” in New Zealand. Odgers and Slater are key members. Search VRWC on Slater’s website and you’ll find their activities. You can’t search Odgers’ website as she has taken it down. One very interesting inside account is a Whaleoil post dated November 12, 2010 after Pansy Wong’s forced resignation from Cabinet for misuse of her travel perk. The VRWC thought the National Cabinet needed “some serious steel going forward.” You can read the minutes of their virtual white-board session on post-it cards below.

The VRWC favourites are Key, Joyce to replace English as Deputy, and “Crusher.’ Crusher gets the gunslinger portfolios and Women’s Affairs so she can disestablish it.

English, Smith and Guy are told to “Fuck off” – the Farrz annotation would seem to be a reference to a note in the post “we note also that ex-member David P. Farrar has been busily pushing those who are on his payroll.” FIGJAM links in the post to Simon Power, and the post concludes with some unsavoury references to him from Cathy Odgers, aka Cactus Kate.

Brownlee, Tolley and Bennett are allowed to stay but need to harden up. Slater is to counsel the hapless Tolley, as well as Tony Ryall.

I think this explains a few things. Key has been reluctant to sack Collins as she is in the same faction. It is interesting to contrast her treatment after Oravida with that meted out to Pansy Wong – Key would have demanded Pansy’s resignation if she hadn’t offered it. Now that Collins is dog-tucker Bennett is getting the next-in-line treatment – Slater’s mate Duncan Garner is promoting her in today’s DomPost (not on-line yet). She must have HTFU’d – certainly there are more beggars on the streets in Wellington.

It also explains why Power resigned unexpectedly in 2010 – he didn’t like what was going on under the surface in the National Party, and who could blame him. Also English has finally started to distance himself from Key over tax cuts and treatment of Collins.

National is the real divided party and it’s not just split – it’s a chasm that divides them. 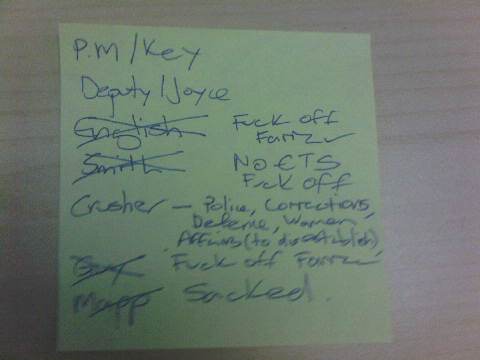 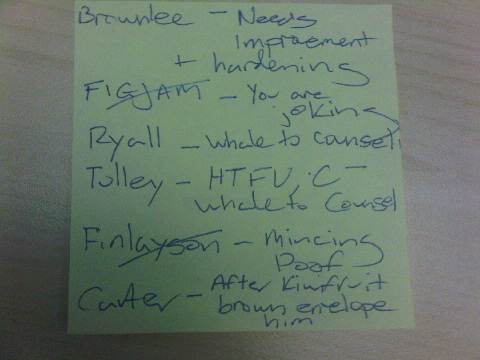 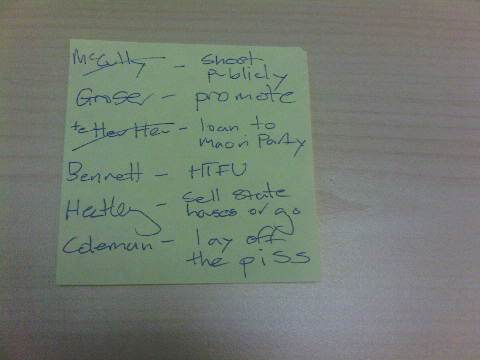 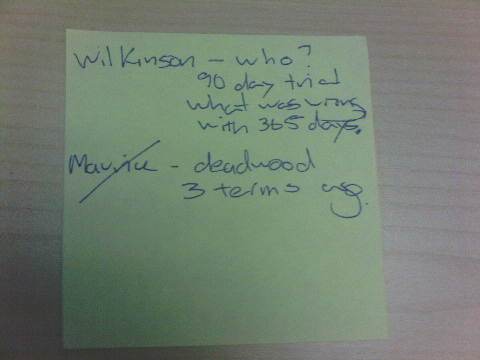 18 comments on ““VRWC” exposes rift at top of National ”