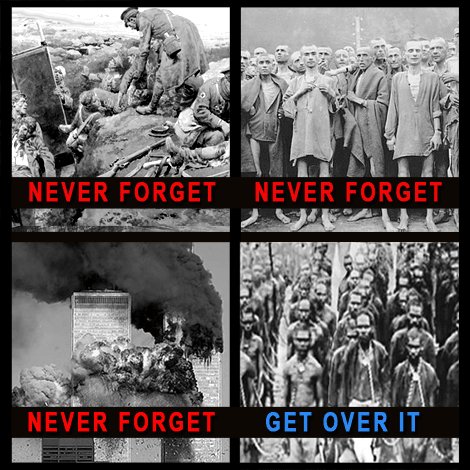 Australia Day (January 26th), like Waitangi Day (February 6th) often divides our countries as much in its silence as anything else. I’m heading to my family reunion in the Far North on the family farm. One of those things where it’s a huge bonfire that lasts for a couple of days and you eat crayfish and sink Codies until 3am and tool around on Yamaha’s and swim in the stream and shoot Possums and then get the fire going again. Amongst all my Rusties and Raylenes, Maori as a culture are never mentioned even though some have intermarried.

It can be socially fun to have an ‘other’ as it builds community pretty fast, just as the Tongan league or Black Fern fans root for their people against all ‘others’. When it comes to national identity however that ‘othering’ carries risks. It’s necessary to bind into groups of common interest.

New Zealand has progressively lost all shadows against which it could define its own collectivity. Britain, Empire, and European cultural superiority has faded through pretty thorough decolonization. The spirit of partnership and common interest with Australia is now near-nothing. Our sense of virtuous positioning inside grand United Nations universal rights and globally humane initiatives has sailed into the sunset. Our political sense of sharp tribal distinctions between left and right now reduced to minor tidal shifts of the parliamentary seascape. The great reforming projects are gone too, at least for the time being. We have no common public square left to even express this.

The one thing that we have in common now is a sense of loss, and of seeking to keep a little of what has been good. To me that is now the left’s core project.

Which is the one major use of Waitangi Day. We can rejoin with melancholy about that which we have lost, but in a slightly more subtle way than ANZAC Day. We have become stridently insistent that the past has little of interest to teach us. Ours, we assert, is a new world; its risks and opportunities are without precedent. Waitangi Day is on the path to becoming a moral memory palace: a pedagogically serviceable chamber of Historical Horrors whose waystations are named “Parihaka” or “Boyd” or “Gate Pa” or “Confiscation”, a bloody prelude to further stations called “Losing Te Reo”, “Social Underclass” and the rest. The problem in this lapidary representation is not the content of truly awful eras. The problem is the message: that all of that is now behind us, that its meaning is clear, and that we may now advance – unencumbered by past errors – into a different and better era. But it is with us at least as much in the silence.

What, then, is it that we have misplaced in our haste to put the nineteenth and early twentieth century behind us, dusted off only for a day? The most powerful ‘othering’ worth remembering is what our internal war from the 1860s meant. The very structures of civilized life – regulations, laws, teachers, policemen, judges – disappeared or took on sinister significance: far from guaranteeing security, the state itself became the leading source of insecurity. Reciprocity and trust, whether in tribes, neighbours, colleagues, or communities, collapsed in many places. Behaviour that would be otherwise aberrant in conventional circumstances – theft, dishonesty, betrayal, opportunistic exploitation, killing – became not just normal but sometimes the only way to save your family and yourself. Dissent or opposition was stifled by universal fear – in some senses similar to the American Civil War. War invites the ultimate in ‘othering’.

Which brings me to Australia Day. Researchers at the University of Newcastle are mapping the sites of over 150 massacres of Australian native peoples. The map so far looks like this.

Each one of those dots represents whole groups of people murdered because of their ethnicity, and because of a rage against them. That’s a lot of stories, a lot of families decimated, consistently, over a century at least. The last officially sanctioned massacre was in 1928.

The Australian federal government has occasionally fessed up to these damaged people. As far as anyone can see, these tribes or ‘mobs’ are living testimony to a lineage well before written history, to a time just after the last ice age.

Their Australia Day of 26 January contains in absence an untold history of blood. Murderous treachery, and racism, deep into the late 20th century. Silence that is broken by the survivors. Just like ours.

It would be useful to Australia if more companies had active policies of reconciliation like this one.

New Zealand must take bittersweet satisfaction in our day of regret. We should name Waitangi as a moment to ‘put the tangi back into Waitangi’. It requires us to think about the necessary ‘other’, in all its damage and in all it has formed within and around us. There’s no doubt it formed the silence around my family reunion campfire on anything Maori. It’s our most annoying memorial day. It should remain that way.