According to Labour – Housing shortage growing by 40 homes a day

New Zealand is up to 60,000 houses short, with Auckland needing as many as 35,000 homes, estimates in a Treasury document suggest.

The figures are part of housing supply and demand forecast produced in September of 2016 and released in January as part of an Official Information Act request.

Using their own metrics, Treasury estimate that the “cumulative shortfall” houses in Auckland was at between 30,000 and 35,000 in June of 2016.

Duncan Garner confronted Bill English with this in an interview this morning, watch the video here – Duncan Garner vs Bill English on NZ’s housing shortage. English flounders badly. And of course he drags out this old chestnut:

What’s happening is we’ve now got the highest levels of construction going on in the country that we’ve ever had.

Not even your own support party believes you Bill. 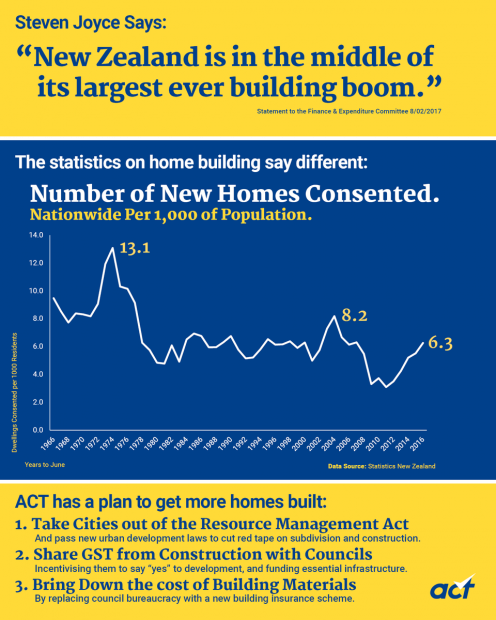