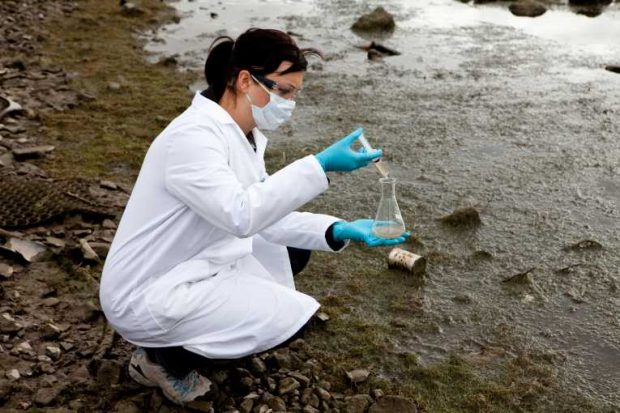 Minister Parker is firing an 18 inch gun round that he’s ready to take on all with his call-in of the Otago water rights plan change.

Because their plan had been outed by the Minister as crap, Otago Regional Council proposed a plan change to the Regional Plan for water. Known as Plan Change 7, the plan change proposes provisions to manage the replacement of deemed water permits (let’s call them ‘mining privileges’ because that’s what they are). Most of them expire this year, and a few extras expire at the end of 2025. This Plan Change means no more long term consents for new water permits.

Ok so you know what this means. The entire dairy industry that has rushed in to Otago in the last decade with each pivot using about the same amount of water that Invercargill uses per day – well, their free lunch is under threat.

Otago Regional Council are nearly as obstructive as Environment Canterbury when it comes to water rights and water regulation. Before the hearing, ORC planning manager Anita Dawe said the situation was complicated and that was why the matter was before the court. “ORC put our hand up and acknowledged that we could have done more, sooner.” What she means is they are weak-assed fools who can’t do anything except what their elected members want, and are too afraid to enforce what weak rules they have.

A previous Minister for the Environment Marianne Hobbs got onto the ORC and for a brief moment she was chair and tried to make the staff see sense. She was promptly rolled by the elected farmers and they installed Andrew Noone. Her view is that “There is a group that comes together voting down that particular line of what that particular group of farmers wants. The trouble with the regional council is the community is defined in terms of very small communities of like-minded farmers.”

This has been building for years and Minister Parker has been watching how utterly self-serving and vile these elected farmers are. Minister Parker put it in black and white back to the ORC, knowing that in 2019 Alliance meatworks and ORC had an Environment Court judgement saying that ORC’s Regional Policy Statement “can barely be said to make any effort to manage water volumes in many Otago catchments (including the Lindis River) because in most cases the primary allocation of water for irrigation is simply set as the sum of all existing water takes granted in the catchment.”

So two years ago the Minister commissioned a report on the matter, and it found, quoting from the Minister’s letter back to the ORC: “… the Otago region does not have a fit for purpose planning framework in place to appropriately manage applications for new water permits before 1 October 2021, when all deemed permits and a number of other water permits expire.”

Before the last election I went to a public meeting with Parker about dairy pollution and water quality. Those local dairy farmers were outraged at the drone aerial shots of their practices being exposed, and shouted at him pretty hard.

So this is the first of many showdowns we are going to see between the government’s own policy statements on water catchment allocation and subsequent water quality. It’s the big reveal about unpaid environmental rent that dairy farmers in grossly unsuited country simply avoid because the water-rustlers and the sherriff are dammit near enough to the same people.

Parker comes from Otago and knows his RMA well and also knows his region well. There won’t be time to get this to the Court of Appeal let alone the Supreme Court before expiration. It’s down to this hearing.

The quandary for Minister Parker is: even if he wins and a new RPS is brought in, would the ORC have the will or capacity to enforce it?

Some of the answer to that may lie in Minister Mahuta’s water entity reforms – and for that we may see this government simply run out of time in its second term given how slow they are. Maybe they bite the bullet on making metering compulsory for Otago’s farmers, together with compulsory and enforceable nitrate budgets.

But one battle at a time.

Federated Farmers, Alliance, Dairy NZ, Fonterra and all the other key players will be watching this first tactical battle with high interest, because there are millions of dollars of free profit at stake. All the environmental groups – most of the effective ones are submitting – will be watching this last big battle before the RMA gets rebuilt. I’m backing Parker and the environment to win this one.