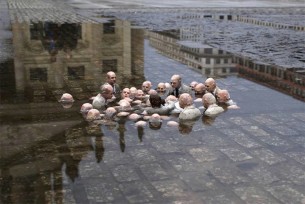 Many argue that the current crop of politicians are self-serving troughers whose property portfolios earn more than the average Kiwi and more than enough to make them feel comfortable and relaxed about the problems that the average Kiwi is facing. As the narrative goes, politicians don’t really care one iota about the plight of the poor, et cetera. It doesn’t matter which politicians, Left or Right, past or present; they’re all the same and equally bad – they don’t deserve our vote and most certainly won’t get our vote again, ever. And right they are.

There seems to be a firm belief that politicians have the means if not the power to change things, to make things better. This is what they promised us on the hustings, this is what we believed because during a brief window in time once every three years or so (soon to be four?), we are gullible enough to believe what election candidates and their Party spin doctors are telling us, ably helped by the self-serving media, of course. They con us with their cunning tricks and spin and with their empty promises of tax cuts or no tax cuts, with their lipstick pork barrelling. We vote for them, we elect them to their highly paid positions with all those super-perks, to do the things that need to be done. So much is clear.

As we all know, we have many problems in society that need fixing. Without exception, these problems are not as complicated as they are made out to be. Just build more houses, more prisons, more hospitals, build more and better. Just employ more Police, nurses & doctors, teachers, skilled anythings and cheap labour, and pay them all more and most problems are more than half-fixed already and will disappear automatically and GDP will go up and we will have more. It is that simple. We all know how the world works and goes around – money makes the world go around. And we want more of it because we are worth it.

So, when the current crop of politicians doesn’t do those things, the things that we all want them to do, unanimously, when they fall short of their duty & responsibility – hiding behind the OIA and shying away from hard interviews – and when they don’t meet our expectations, we have the right to feel aggrieved. And aggrieved we feel.

The solution is, of course, to demand more of our representatives, to tell them exactly how bad they are and when & where they are failing. And we tell them, loud and clear – there’s no voter apathy because we love to tell them how they much they suck – but they don’t hear our screams. Clearly, we must shout louder and more often, because if something doesn’t work, we must double down and dig in. Einstein said as much.

Here is a fine example of our spokespersons and opinion leaders reminding politicians of their duties and shortcomings. Duncan Garner interviewed the Prime Minister this morning on The AM Show, which is, BTW, a must for self-respecting Kiwis who want to confirm and reaffirm their low opinion of politicians – eternal vigilance is vital in democracy. But I digress. Duncan’s interview was about the 40,000 ghost houses in Auckland, which the PM doesn’t seem to believe in. Come on! This is like not believing in Santa, WMDs, or UFOs. Anyway, here is the best part:

“The second question becomes, OK, if people have got vacant houses, what do you then do? So Duncan, what are you proposing, that we tell people they can’t own a second home and then not use it?” Ardern said.

Garner said as Prime Minister, she should have the solutions, not him.

The few among us who have some experience in politics, be it in the local club, at the school, in a community or neighbourhood group, local body politics, et cetera, know it is as easy as moving a few chickens out of one area into another area and Bob’s your uncle. Anybody can do it even when your name is not Bob.

It is like coaching a sports team in which your child is playing. At the beginning of the season, very few (AKA one or none) volunteer as coach. Very few (ibidem) help out at and with training – we’re all very busy. At games, very few parents want to referee a match. Most seem to prefer to shout advice to the children, coach, and referee from the side-line or watch YouTube clips on their smart phone while the game is on. Sometimes, the advice gets a bit too pointy and the children, including their own, the coach, the referee and parents of the opponents get to hear the well-intended advice and criticism in well-versed prose with the appropriate facial expressions and body language. The ones who cannot handle this critique should not be there or playing in the first place, the wet snowflakes they are. All that is needed and demanded is that they do better, they must work harder and deliver, because that is what they have chosen. You want to win then you’ll have to work for it an make your parents proud. If only they would listen to the well-meant and sound advice from the side-lines. The loveable little shites.

National politics is no different. It is as simple as that.

24 comments on “We Need Better Politicians! ”