I posted last week on why it would be in the best interests of the citizens of the Auckland Central electorate for the Green candidate to stand aside to allow the Labour candidate to win.

In short, I wrote that the Greens had no chance of winning the seat and their historical influence had only been to ensure National won it instead of Labour, meaning that local battlers doing it tough had no empathetic electorate MP to help them in times of trouble.

That piece generated two excellent posts here on The Standard, a factually inaccurate response on Pete George’s Your NZ, and best of all, a a load of hot air from the Sir Bufton Tufton of the blogging world, Chris Trotter, who couldn’t even get the difference between strategy and tactics correct.

Trotter was so exercised by the thought of an intelligent political response to the situation in Ak Central, he resorted to the tired old right wing claim that the Standard is run by the Labour Party. And in a moment of Freudian sexism, Trotter also managed to mangle the name of the Labour Party president, Claire Szabó.

By the way, it’s worth noting that the Daily Blog has not corrected the misnaming, despite being alerted to it. That’s poor form, but consistent with what I hear about the editor’s attitude toward women he doesn’t approve of.

So, to Wellington Central.

It’s a high population density central city seat where the Greens have built up a good on the ground organisation and with James Shaw as candidate in the last 3 elections have averaged nearly 6000 electorate votes and, importantly, 10,000 party votes.

Internationally, Green parties tend to do well in central urban electorates. Across the ditch, the major cities there, particularly Melbourne, strategically vote Green.

It makes sense for the Greens here in NZ to fight hard in those inner city seats. Wellington is no different, and it’s worth remembering that the seat has gone to a smaller party once under MMP. Who won it? I’ll tell you at the end of the post.

So should Grant Robertson stand aside to allow James Shaw a clear run at the seat?

Tactically speaking, it could work a charm.

In the last 3 elections, National has had a consistent vote in both electorate and party vote of less than 40%. The current Tory candidate, Nicola Willis, even managed to drag her personal vote down into the 20’s at the 2017 poll.

The risk is low and the potential gain is high. Lose one electorate seat, gain a coalition partner.

If Grant Robertson did step aside, I firmly believe James Shaw would be the next MP for Wellington Central.

However, it’s not going to happen.

Both parties, as I understand it, are committed to standing, and campaigning, in every seat.

This has been Labour’s position since its founding and it’s not going to change.

However, there have been times when a nod and a wink from Labour have worked a treat.

The Rangitikei by-election in 1978 was won by Social Credit’s Bruce Beetham, who retained the seat in 1981.

The Coromandel electorate was won by the Greens in 1999.

And, more recently, Northland was won by NZ First in the 2015 by-election.

For the record, the only two votes I have ever cast that were not for Labour, were in two of the above mentioned elections. I’m chuffed to have helped defeat National both times.

However, in the long run, I don’t think it’s good for our democracy to do electorate deals. It borders on arrogance and that’s best left to the Tories.

Unless there is a clear call from the voters themselves, as can be argued for the 3 exceptions above, I can’t see a need for any result in Wellington Central other than Grant Robertson MP being re-elected and both Labour and the Greens picking up swags of party votes.

We should all be happy if that’s the way it works out. 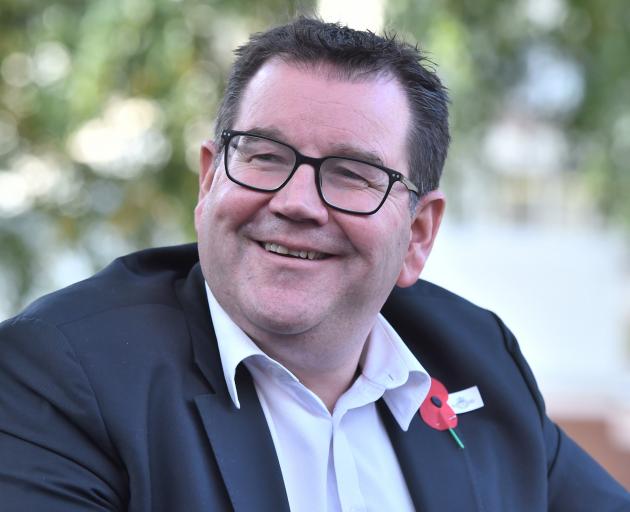 Oh, and who won Wellington Central for a minor party?

Be careful what you wish for, whanau!

47 comments on “Wellington Central: Should Grant Robertson Stand Aside? ”