Cameron Slater reckons he’s cracked it; wages are growing after all. What’s his proof? A graph from the EPMU that shows wages have risen 17% and inflation only 15.7%. Wages are up, no crisis! But the man-boy genius needs to check his info better. Turns out that’s the average payrise for EPMU members since 2007. For all workers, the average pay rise was just 13% between 2007 and 2011 according to the NZ Income Survey. 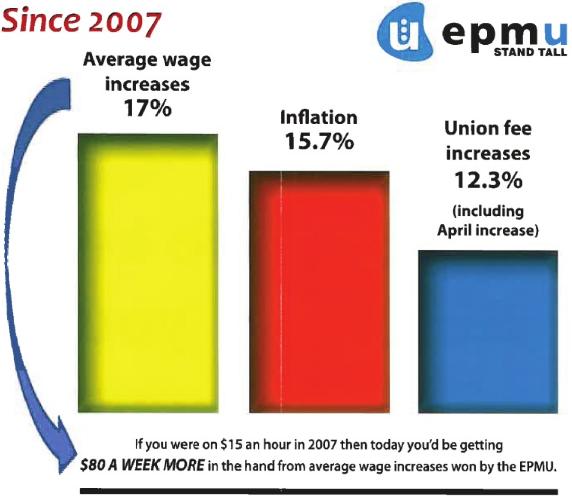 Looks like joining the union pays. The average payrise for union workers is over a third larger than for non-union workers. Not a bad pay back for a dollar a day.

And, hey, check that out! Union fees increasing below inflation. So much for the myth of fat-cat union bosses.

Now you can see why the bosses and National are so desperate to break the unions this term. Without them, it would be far easier to drive down wages.

105 comments on “Whale discovers that joining the union pays ”