What Can Be Saved? 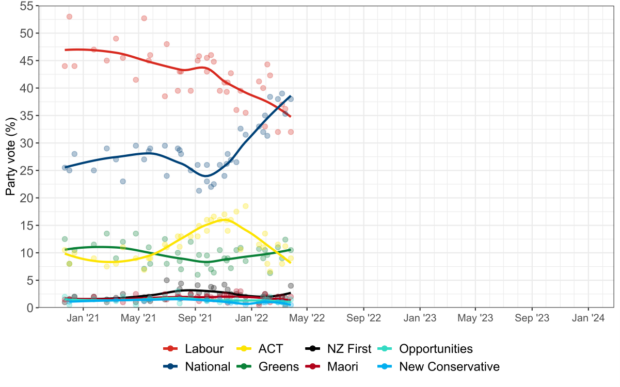 The tide of this government is running out. There’s 18 months left in the term. What would you save?

There’s no doubt this government has done a lot, very successfully, and I’ve written about that before. This post isn’t the Praise Them one.

Life is cruel when good will from doing a good job isn’t sustained more than a year.

But time is running out to get more major initiatives to the point that makes them hard to reverse.

Will we have 3 Waters implemented by the end of this term?

Will we have a water quality regulator up and running?

Will we have a lot more houses built?

Will we have a stable Carbon trading system?

Will we have a set of climate policies that an Opposition would find hard to undo?

Will the government get the second seat on the Fonterra pricing Board?

Will there be a stronger and clearer defence relationship with Australia?

Will inflation be stabilised?

Will our hospital waiting lists recover, and medical staff get something of a break?

Will house price increases be stabilised?

I have faith in Minister Robertson to surprise us with boldness at the 2022 and 2023 Budgets.

I have an irrational belief that on polling day the public will reward competent leadership within Labour over the untested and brittle National leadership.

There’s no need to write Labour off yet. A year is a very long time in global politics. It’s an MMP system.

But at this rate of polling fall Ministers and officials will soon hit a standard and reasonable programme management instinct to save what you can from the fire and show babies have been rescued, into glaring media spotlight.

What will be completed? What do you kill/dump/blame/defer/deny/bury/stick on a manifesto?

What do you save?