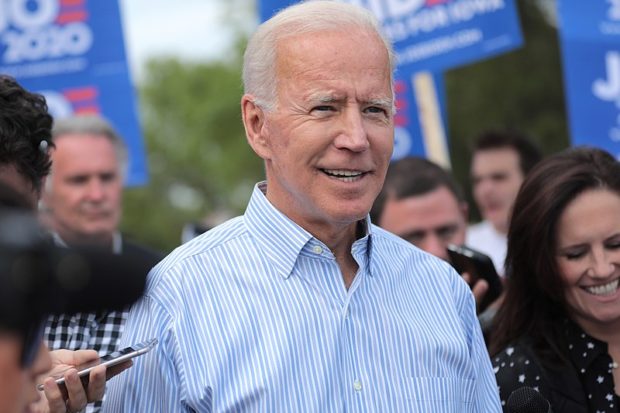 If elected, Joe Biden will inherit a United States that has abdicated its leadership role in the world and lost its moral authority. He will take the reins of a country in the throes of a pandemic, which is economically reeling, and with a highly polarised society. It’s a wreckage far exceeding that which President Obama inherited of the Global Financial Crisis the United States caused, and two foundering wars which the United States made far worse.

It won’t be easy.

The rest of the world has moved on from the United States and the kind of voters that put Donald Trump in the leadership seat. We get the necessity of global co-operation now.

Biden will first have to avoid making things worse. That itself in international diplomacy is a massive ask. Under President Trump’s statecraft, North Korea is enlarging its nuclear arsenal, Iran has resumed its nuclear program, Venezuelan President Nicolas Maduro has tightened his grip on power, the E.U. is barely on speaking terms with the U.S., and China has not altered any of its ambition that Trump’s trade war was supposed to check.

Trump has turbocharged American decline – with his last year spent mismanaging the United States Covid-19 response into a new world disorder the likes of which we have not seen for 80 years. Each of those failures have driven nails into the coffin of American exceptionalism: there is no return to 2016.

In foreign affairs, Joe Biden will spend most of his term rebuilding extremely damaged international relationships.

The dangerous chasm Biden will walk is between the expectations of on the one hand those voters who ohave raged their protest on the streets and grieved at the graves of the dead, and on the other hand the foreign policy and military establishment and their media friends who will clamour for a United States that acts like a hegemonic power once more.

So in just one term there are four interconnected fields a President Biden will need for an effective foreign policy.

The world would collectively sigh in relief if the United States government immediately re-joined the World Health Organisation and be part of the world wide effort to mitigate and eradicate Covid-19. Its companies have most of the leading medical research capacity, and outstanding research hospitals. Success will assist in reviving the travel industry (which the U.S. leads) and global supply chains. That will take two years minimum, but would send the signal that not all globalisation is bad and that multilateral diplomatic and logistical efforts for the sake of public health can only be achieved with global co-operation.

New Zealand would be able to provide a useful contribution to this Covid-19 narrative – as both previous Prime Minister Clark and current Prime Minister Ardern are already doing – if the stage is set for us to do so.

An intermediate set of steps he could take through this is to decrease U.S. military aggression, and support of despots. He could signal an end to the United States’ permanent war by repealing the 2001 Authorisation of the Use of Military Force. He could terminate U.S. support for the moral and strategic catastrophe of Yemen. He could put some much harder diplomatic controls around engaging with Saudi Arabia. Not make things worse in short.

More boldly, if he gets a marginal Senate majority he could redirect and shrink the extraordinary US$700 billion Defence budget. It’s too big to redirect in short and fluid order, but some parts such as the U.S. Marine Corp could be redirected from building anti-immigration walls to building highways and other depleted infrastructure.

Just as Presidents past did in Europe by slowly drawing down troops and weapons, Biden would do well to review whether the United States really still needs to occupy its troops in the western Pacific in Guam, Palau, the Marshall Islands, and other bases that are holdovers from World War 2 and long since proven unnecessary. That could start the necessary process of decolonisation of much of the western Pacific. The New Zealand concept of a “realm” of microstates is something we could offer to that.

By end 2022 he will need to find clear, productive opportunities for foreign policy that his citizens, his military and security establishment, and the leaders of other large countries can credibly accept.

He does have the reinvigorated Democratic Party on his side to assist, if he will let them. The extraordinary mobilisation against structural racism and injustice offers an opportunity to renew the United States’ sense of purpose. Black Lives Matter is a global story. Much of the democratic world now wants to see the United States show open repentance for the degradation it has caused African Americans – just as many smaller states (including ourselves) have already done. The United States could start to rebuild global trust by using the Beyonce’s of this world to do their diplomacy more than the Tillerson’s and Rice’s.

At a time when the world has lost confidence in the U.S. government, the global demonstrations in support of the Black Lives Matter movement have shown that there is still a United States that the rest of the world wants to identify with. American protests are of a piece with other mass mobilizations in recent years: climate strikes, demonstrations against economic inequality, and the protests in defense of Hong Kong’s autonomy and civil liberties.

To my mind the issue of slippery and entrenched institutional racism is New Zealand’s deepest domestic challenge – just as it is in the United States. That’s a worthy conversation we have something useful to contribute to, and learn from.

Despite its flaws, democracy is the only form of government that can take the necessary corrective action to address such challenges on behalf of citizens. If Biden wins, his defeat of Trump could offer a pivotal opportunity to renew American democracy at home, and then abroad.

Biden also needs to draw the remaining strong democracies into a global summit that revives the idea of democracy itself, with all its attendant vices and virtues. Make no mistake democracy itself is in accelerated decline. Perhaps the summit’s a job for his last year in the term.

Biden will need to commit early to rejoining the Paris agreement and set to work developing the most ambitious contribution to emissions reductions possible. The second part of that will need some serious arm-twisting in the Senate. It will need climate and energy legislation in its first year. It’s all there in the OAC-Markey bill, but a Green New Deal will be a mighty fight with its energy utilities, automobile companies and unions, affected state Governors and Mayors, and all the rest. Biden will need the force of an LBJ to make that happen and not go down the route of Carter facing queues of cars at the pump.

Combating climate change must also become a centerpiece of U.S. foreign policy for the world to have a chance at decarbonizing the global economy. After all, climate change is the leading security threat that the United States faces – and so it is for most of our Pacific friends.

As it should be for New Zealand – and in the middle of next year we will face a massive generator and transmission issue as Tiwai Point comes off but the dividend of 100% clean electricity generation lies behind it, if we get the policy and price signals right. Again, it’s a strong global story to tell if we get the chance.

So those are the animating themes I would expect to see out of Biden’s Democratic Party-led foreign affairs:

Reviving international co-operation, decreasing its military stupidity and redirecting it, regaining the democracy story, and rebuilding the global environment for all. And for each, New Zealand has a little part to positively play, if it wants to.

Progress on all these fronts— global cooperation, democracy, security, and the climate—is fundamentally interconnected. If Washington doesn’t fortify democracy and push back against authoritarian nationalism, then increased global disorder will continue.

If Joe Biden can be driven by the winds of a revived Democratic Party in the Senate and on the streets, he has a chance to rebuild the damage …

… should he be elected President in 88 days.