What next after the White Island silence? 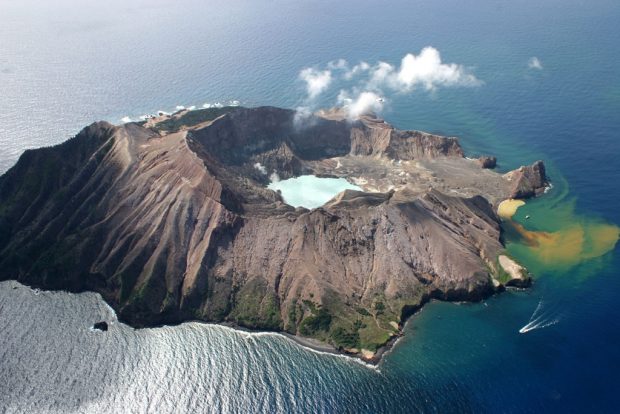 At 2.11pm on Monday December 16, New Zealanders are being invited to hold a minute’s silence to respect those who have died in the White Island/Whakaari explosion.

Once that’s over, it’s time to start turning to what might occur to prevent this kind of disaster happening again.

The policy reaction needs to be very specific and very strong.

The Cave Creek disaster occurred on 28 April 1995 when a scenic viewing platform in Paparoa National Park, New Zealand, collapsed, resulting in the deaths of 14 people. The victims, 13 of whom were university students, fell 40 metres onto rocks below. The net result following the Commission of inquiry was a complete audit of Department of Conservation facilities and a rebuild of many of them.

In 2010 the Pike River mine exploded killed 29 people. Following the Royal Commission, the entire health and safety legislation was overhauled, including the formation of Worksafe New Zealand as a separate and very powerful entity. Rules about liability of business owners to be held liable for accident were made much clearer and tougher. As a result, the entire construction industry continues to go through a revolution.

The reactions to the Christchurch earthquakes of 2011 have required audits of every single structure over a certain age in New Zealand, with thousands of buildings rebuilt or just shuttered. The entire insurance industry is putting real questions over whether they will pay out again if people live in specific zones after the North Canterbury quakes.

On March 15 2019, 51 people were killed in a terrorist attack on two Christchurch mosques. The policy result of this was that most semiautomatic weapons were banned, a massive buy-back scheme was launched through the New Zealand Police, and further strong regulation of all other firearms is well advanced.

The White Island tragedy is different because of the kind of global coverage it got and the kind of people who were killed: tourists.

New Zealand has of course done its best to respond – the heath system and emergency services in particular are working very hard, and locals in the area have provided spiritual leadership that is powerful. Frankly for New Zealand though that is business as usual. That response has significantly decreased the reputational damage that could have been even more massive than it is.

But government needs to act: to re-stabilise not just scramble. New Zealand has made its name as one of the premier adventure centres of the world, and such an event puts a massive question over this massive part of our economy.

I can foresee a few changes.

Coming out of this will need to be variations to the Worksafe legislation to be specific to tour operators. Operators will need to be liable just as constructor companies are, but with more specificity in the relevant clauses. Land owners who are not operators will need liability focused on them as well, to make the commercial gain well balanced by their exposure to litigation and fines. Otherwise it will be hard to see cruise ship companies allowing more than its passengers to get a cup of tea at Akaroa, and they will need stronger legal shields to prevent being sued.

We may also see compulsory medical insurance for tourists. Similar to renting cars here, where they give you choices of indemnity before you complete the transition.

And underneath that will need to be a common classification of activity risk that link to the Worksafe legislation.It was all hijinks and giggles when Stephen Colbert coyly refused to do the bungy jump over the Kawerau River. No one will be laughing now about such risky activity.

But the closest comparator to the White Island disaster is Erebus. Not since the Erebus disaster has New Zealand taken such a direct repetitional hit to its tourist market. And Erebus occurred 40 years ago when tourism was but a fraction of the size and importance to New Zealand that it is now. It took 40 years for those victims to get an apology, and tourism into the Antarctic never recovered.

In 2020 and 2021 New Zealand will have its biggest year for tourism, and with that will come the biggest global media exposure via major events that it has had since Rugby Word Cup. Every single international media crew will cover them. We’ve already had to rehearse how to stop terrorist massacre for that context.

So this government had better respond to reassure the global tourist operator giants and the media who are paid by them to fly here that the tragedy of White Island will not happen again, and spell out precisely how. An entire industry – larger even than construction must respond.

60 comments on “What next after the White Island silence? ”