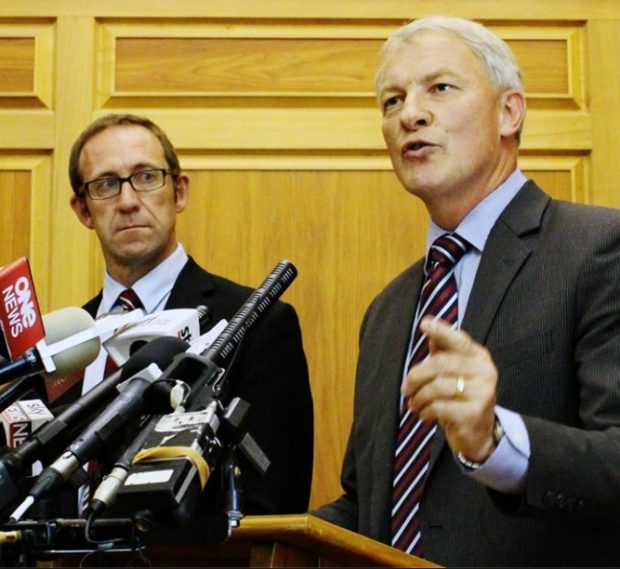 The Chief Executive of Watercare Raveen Jaduram has resigned.

The NZ Herald points to criticism of his $775,000 salary, and the drought.

Salary seemed to be the sticking point, oddly enough. Not whether expanding Watercare’s reach into managing the Waikato catchment but failing to prepare for Auckland’s growth in time was a colossal mismanagement.

It’s odd because Goff now has a much bigger opportunity with his CCO review than merging Regional Facilities and ATEED, and bringing the Regional Land Transport Strategy in-house away from Auckland Transport.

As noted by Greater Auckland, CCO Boards are a big part of the set of 40 decision-makers who will determine how Auckland decreases its carbon footprint.

Mayor Goff has a similar opportunity to that presented by the government in such a time of crisis: use the instruments that you have to enable really positive change.

The CCO review was useful since it was a decade ago that National-Act reforms had replaced the 7 fiefdoms of local authorities with 7 fiefdoms of commercial businesses, deliberately destroying any capacity for policy coherence across Auckland.

If the CCO review is the extent of Goff’s structural reforms, they are pretty timid. The best he can do as any legacy is prepare some form of handover in comprehensive leadership changes.

But there are multiple crises besetting Auckland and its governance:

–          It has got no money and is going to need to be bailed out – and will go through yet another wave of redundancies;

–          Auckland population and physical growth continue to massively expand and outgrow; and

–          Central-Local Government coordination about Auckland to deal with any of it is sporadic and limited (eg APEC, AC36)

It would be better for the Mayor to ask the harder question: what’s the best collective use we can put all of Auckland’s public assets, both to get us out of the Covid-19 calamity, and also to improve Aucklanders’ future? Some kind of vertical alignment to the Government’s own well being measures and successive budgets would be appropriate.

Surely we are in such a place that the wider, harder question should be asked and answered.

So when Professor Paul Spoonley this week says that in 2030 there may be nearly 2 million  Aucklanders, and we will dependent on migration and foreign skills, and when David Skilling hammers home the point he’s been making for two decades that we remain a “low wage, low investment, low productivity” country, the conclusion is this:

Auckland is a set of short and medium-term problems that need more than the resignation of one CCO Chief and the merger of the two least consequential CCOs.

Mayor Goff, What Is Your Plan For Auckland?