What would Jesus drive? 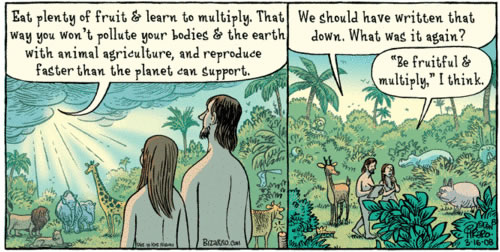 The Vatican’s update of sins to include issues of social justice and environment reminded me of a conversation I had recently with a friend from the US. She was telling me that one of the “surprise” groups to come out in support of tougher environmental regulation over there were a number of the large evangelical churches.

In 2006, ninety or so evangelical Christian leaders backed a major initiative to fight global warming, saying “millions of people could die in this century because of climate change, most of them our poorest global neighbors.” Their position was essentially that:

The same love for God and neighbor that compels us to preach salvation through Jesus Christ … compels us to recognize that human-induced climate change is a serious Christian issue requiring action now.

Reverend Jim Ball was ahead of the game though when back in 2002 he launched a campaign called “What would Jesus Drive?“, touring his Toyota Prius hybrid through the Bible Belt preaching to Christians on the relationship between the cars they drive and protecting God’s creation.

And closer to home, I see today that government has just introduced fuel efficiency labels for new cars to help consumers make better choices for the environment and pick a car that’ll be cheaper to run, evangelical or not.

10 comments on “What would Jesus drive? ”