What would President Biden do? 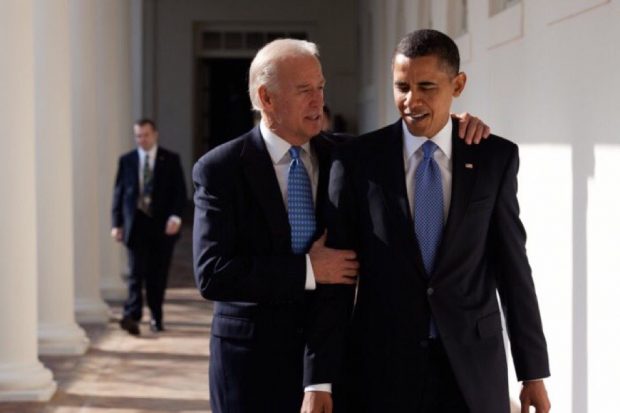 With President Trump doing what we all expected, and killing 67,000 people and counting through chronic poor leadership, and utterly ruining the U.S. economy as well, it’s time to look at what policies the alternative candidate has on offer.

Joe Biden has eight years of experience in the White House already. He knows what’s possible, what levers are there to pull, how to win in government, and he knows what he’s going for. Here’s some highlights:

And here’s Trump’s policy leadership on healthcare – heading for 100,000 dead by the end of May through his catastrophic federal health management.

Joe Biden’s plan includes a “public option” that would allow people to buy into a program that would be similar to Medicare He says that under his plan, “If you like your employer-based insurance, you get to keep it.” That nod to employers takes a lot of the sting out of the policy. It will be like Medicare, with primary care covered with no co-payments. I wouldn’t mind a system with no co-payments for New Zealand. Sigh.

His campaign has said it will cost $750 billion over ten years.

I have a sneaking suspicion that after 67,000 dead and rising from a virus, it will not be quite so hard to get serious structural healthcare reforms through a close-to-even Senate this time around.

To pay for that healthcare policy, a President Biden would raise income taxes on the wealthiest Americans to 39.6% .That reverses the Republican-led congress tax cuts of 2017 that reduced the tax rate for the rich. Also, those who earn more than $1 million per year will pay 39.6% on capital gains, rather than the current 20%. I haven’t quite figured out how much more they really rich are getting after the massive tax breaks from Trump last week.

Yes, we know that’s where the Republicans are going to slam all Democrat candidates, including Joe Biden.

Joe Biden has proposed a climate crisis plan that would set the United States on track to eliminate net greenhouse emissions by 2050. Biden’s proposal pulls in big chunks of the progressive Green New Deal, and well beyond the climate goals of President Obama. There’s little doubt the strong activist members of Congress helped push him towards this position, including Congresswoman Ocazio-Cortez.

He would also end fossil fuel subsidies, and a ban on new oil and gas permits on public land. He would re-enter the Paris climate accord that Trump pulled the United States out of. His plan for the climate has a cost of $1.7 trillion in its first 10 years, including $400 billion for research between universities and the private sector. Again, this would get paid for by undoing further tax cuts under Trump.

This is Biden going through the necessity for the policy, and its elements:

In what seems like a million years ago, here’s ex-candidate Democrat Tom Steyer having a crack at Biden on his record in this area:

The critical element here is that Biden proposes a pathway for citizenship in the United States for immigrants who didn’t get in there legally. Now, there’s plenty of Senators from border states whose heads would explode on this kind of policy, so it won’t be easy.

As well as rescind the Trump administration “Muslim bans”, restore the naturalisation process for Green Card holders, stop the stupid border wall, and require asylum seekers to be treated humanely, Biden’s main thing is to reinstate the DACA programme. He will be advocating for legislation that creates a clear roadmap to legal status for all unauthorised migrants who register, are up-to-date with their taxes, and have passed a background check.

Just in terms of refugees, he wants to do the sensible thing of investing in Central America to deliver measurable reductions in violence to get to the heart of accelerated migration to the U.S. from central America. It would, of course, take a fair bit for the U.S. to undo the damage that it has caused there in the 1980s. But his plan for central American engagement and investment is pretty extensive.

Joe Biden is on pretty strong policy ground here in no small part because his wife Jill Biden was a longtime high school and community college teacher with a doctorate degree in educational leadership. The American Federation of Teachers always got proper support from Vice President Biden. So what he’s offering is fairly big in two areas.

The first is to triple Title 1 funding for schools that serve low- income areas. That’s code for closing the funding gap between majority white and non-white school districts – and with it teacher salaries in those schools. He’s going for an increase in federal school funding from $15 billion to $45 billion annually. He also wants to ensure that all teacher student loads just get paid off: the Public Service Loan Forgiveness Programme is way too complex to be effective.

Plus, your first two years local college free. Crikey we could do with that here!

Also, universal background checks to own a gun.

Even Obama got nowhere near this – with a Senate majority. This will be a steep road to go up, but it’s a good signal that neighbouring Canada is now proposing to ban them completely. Justin Trudeau is certainly going for it while support is high.

A President Biden would also seek to remove the legal protections that prevent gun manufacturers from being held liable for how their products are used.

Way back in 1994, Joe Biden and Senator Dianne Feinstein led the most effective weapons control to date by pushing a law banning assault weapons and high-capacity magazines for 10 years. The National Rifle Association successfully energised the Republicans to ensure the bans was not continued.

Biden is also going for a national firearms registry. Thankfully Charlton Heston has now passed on before any Presidential candidate tried that one.

He is putting a fairly strong platform together on protecting and enhancing the rights of workers to unionise, and to enforce their bargaining power. He not only wants to strengthen the Protecting the Right to Organise Act (PRO), but wants much larger penalties on corporations and their executives when they interfere with organizing efforts, including criminal liability.

But he intends to go a lot further by instituting a multi-year bar on all employers who oppose unions. He will also restore the Fair Pay and Safe Workplaces executive order which Trump rolled. This also means employers need to show they comply with labour laws when they are evaluated for entrusting with federal contracts. And those federal contracts will only go to those who vow to never run anti-union campaigns, and support their employees with at least a $15 minimum wage, and sustain benefits. I strongly suspect healthcare is going to get levered into that as well.

With so many Republican-held states actively attacking public sector unions and stripping them of rights, Joe Biden proposes a federal guarantee that public sector employees will be able to unionise to bargain for better pay and benefits and conditions.

A few more in as summarised form as possible:

Now, there’s plenty more that you can see all spelled out in black and white on his policy site here.

I wouldn’t mind seeing a 2020 Labour campaign site as clear and as practical as this one – and we’ve got a lot less time to go than the U.S. election has.

Debating the alternative America – not just eradicating the Trump family from politics – is where this election needs to go now.

59 comments on “What would President Biden do? ”