Where Is The Real Green Party? 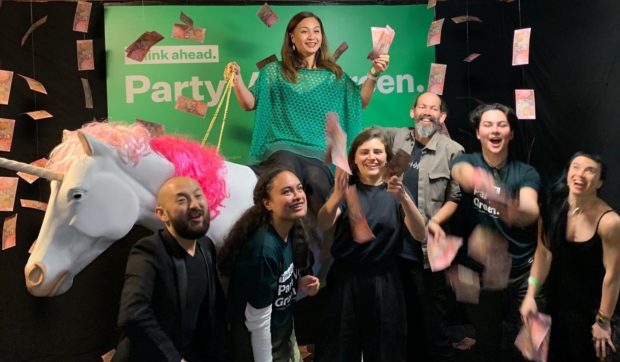 Where’s the hairy knuckle-dragging woke when you need them?

Answer: we are in power so we don’t need it.

It’s not easy to transition down from emergency instinct to managed plan. Certainly the idea of crisis enables you to bring people with you. What happens to that sense of collective energy when it’s just another budget process?

At the end of October we are about to get another round of global cross-country comparisons about our responses to climate change. The COP26 meet from October 31 to November 12. Because it’s a global effort we all need this kind of stocktake.

The New Zealand government’s plan has been classed by ClimateActionTracker as significantly worse than Australia’s. Which is weird.

New Zealand was supposed to have a strong plan ready to present to the world in Glasgow, but the pandemic got in the way. ACT’s Climate Change spokesperson Simon Court had fun with that:

In a world first, the Government has postponed responding to an emergency. The Government declared a ‘Climate Emergency’ last year, now it’s delayed its Emissions Reduction Plan by five months. (…) Jacinda Ardern called climate change “her generation’s nuclear free moment,” and once even said it was “life or death” and yet her government imported a million tonnes of coal last year”.

With National having voted for the plan in the first place, ACT get to have the Oppositional running on this.

Minister Shaw also got grief for flying there to Glasgow rather than attending by Teams or Zoom.

The criticism from Act and National was rich given how much they’d protested virtual Parliamentary business.

New Zealand’s over-arching priorities for COP26 will be to:

And then you get to see a few good things occur. It’s being reported that the carbon price is now high enough to change land use sufficiently to blow away sheep and beef. It’s not yet high enough to significantly influence emission behaviours elsewhere.

I’m not sure anyone knows how either the global or national economy will be shifted into the medium term by the pandemic. Perhaps greenhouse gas emissions from tourism are permanently ratcheted down. Too early.

As reported in Interest.co.nz, the carbon price is now high enough to change land-use sufficiently to blow away sheep and beef. It’s not yet high enough to significantly influence emission behaviours elsewhere.

The government had foreseen that with carbon trading the market mechanisms were going to be strong enough to do much of New Zealand’s carbon shift through shifting land use.

New Zealand’s net and greenhouse gas emissions have been remarkably stable over two decades. It’s certainly a lot worse if you go back to 1990. There is of course more to do, but the Government is not panicking. No need.

On August 15 Minister Shaw set out a timetable that means it won’t keep to the timetable it set down to deliver it when it passed the legislation last year. Instead it will be ready for Budget 2022.

Because of that, the Emissions Reduction Plan will need to have its legislation changed. Plenty of other deadlines have had to be chucked out the window for COVID-19, so there you go.

Who’s emitting the rage of street protest now? The hairy knuckle-draggers one might have imagined from two generations ago in the Green Party are instead the antiwoke issuing a Howl Of Protest, comforting themselves to the sound of their own four-wheel utes parading up and down the country, seeking sympathy for changing land use and vehicle upgrades.

48 comments on “Where Is The Real Green Party? ”